"When I found out about the offer from FC Barcelona I asked the club to listen to it, as it was my decision to take a step forward in my career," Alcacer told Valencia's official website.

The young Spain striker Paco Alcacer has netted 43 goals with his club Valencia in his 124 appearances and also having 13 caps for his Spain.
Barcelona may be having to addition €2m fee to Valencia, as they put a €100m buy-out clause into Alcacer contract.

He added: "I want to thank Valencia CF and the fans. Despite the fact that I am leaving Valencia CF, I will always be a Valencianista at heart."

Barcelona had a very busy summer transfer window, as he became the sixth singing of Luis Enrique’s side following the arrivals of Jasper Cillessen, Andre Gomes, Samuel Umtiti, Lucas Digne and Denis Suarez. 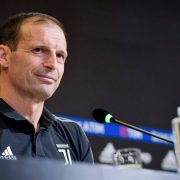