The former Manchester United player thinks the child abuse in England that comes up to limelight in the recent months happened during his time with the Red Devils.

Many former players come out in the deposition while coming out through the ranks at a club, a controvert start adjacent the conduct of coaches.

The English police are not investigating on this matter that began last year November, with many accounts announcing around convicted paedophile and the previous trainer Barry Bennell.

All the clubs are agreed to come up together and they will cooperate in this investigation, but the former Manchester United player claims that he had been humiliated during his time as a united player academy.

On an interview he added: "It's disgraceful what's gone on and there has to be something done about it,"

"But there was never anything at Manchester United.

"The closest [thing to abuse] would've been certain professionals. If we'd gone out of line they'd make us do a funny dance in the middle of the changing room in front of our heroes at the time.

"[It was] humiliation, and that was all it was, but that was just to teach us a lesson, there was never any wrongdoing."

"I'd like to believe the FA are doing everything they can to find out about the allegations. The more these ex-professionals voice their opinions, that's when there will be change.

"I would like to think the clubs are all on board with this." 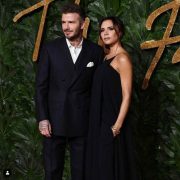