According to Barca officials the Argentine superstar has signed a new deal with Barcelona, and the former Barca man Xavi thinks Messi should retire from Camp Nou.

Xavi the former Barcelona man says that Messi should spent his rest of his footballing career with Barcelona after he signed a new contract with them.

Lionel Messi's deal is right now the subject to be discussed after his club did not officially announce his contract extension with them and he contract is going to end with them after the end of this season.

On the other hand Barcelona president Josep Maria Bartomeu says Messi has already signed a new deal with them in September, he said: "the only thing left to do is to take the photograph."

In the recent past the La Liga president Javier Tebas that the deal has been done, he voiced: "Contracts are official when they are signed and not when it is announced that they have been signed. Messi has signed with Barcelona, if I have not been lied to."

Xavi is confident that Messi renewal with Barca will end the topic of him leaving Barcelona.

Xavi stated: “We are not sure [if he has signed] as the Barca president said [he has],"

"But for me, it’s done. Leo Messi needs Barca and especially Barca need Messi. It would be very good for Barcelona if Messi stayed there for his entire career.

“As a member of Barcelona, I would like Messi to remain at Barcelona for his entire career because we have a better chance of winning titles if he stays at Barca. He is the best player in the history of the game,” 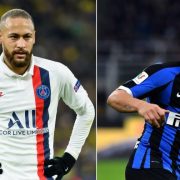 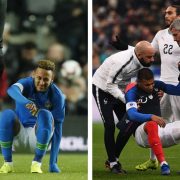