In the recent past, Barcelona has drawn their last two games, and the center half believes that the defeat against Chelsea can derail their wonderful season.get more Barca news on Sportslibro.com.

Gerard Pique has warned his teammates to be wary of the threats that can be posed by the English side ahead in their meeting in the Champions League round of 16.

On this Tuesday Chelsea will travel to England for the first leg of the fixture and now the La Liga leaders have seen their comfortable cushion cut to seven points as they drew their last two matches.

Barcelona and Chelsea shared a rich history in the Champions league; both the clubs faced each other’s 12 times in the competition, and last time they met in the Competition in 2011-12 in Semifinals.

The English side has registered four wins to their names and Barcelona managed to win three in favor of them but this season the EPL defending Champions are struggling in their domestic league but Pique believes they should not underestimate them.

"We go out as favourites, with a chance to win.

"I know the atmosphere is positive, very favourable, everything looks good, but I think we have to be more prudent.

"We have to learn from experience, what has happened in recent years, and know that one bad day could see you knocked out of the Champions League.

"A bad result against Chelsea could turn the good season we are having into one that's not so good.

"We know we are in a good position in the league and the Copa del Rey and we go to London in the Champions League looking to win, get through and progress in the competition." 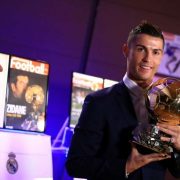