Arsenal has made a €45 million offer for the 21-year-old French youngster but Monaco is expected to reject the bid.

Previously Monaco side rejected a €40m bid from the Arsenal side.
Arsene Wenger is ready to bolster their attacking line-up for the upcoming season,

For this upcoming season Arsenal has already signed Alexandre Lacazette from Lyon side and now they want the versatile French attacker from the Monaco side.

Last season the 21 years old French international has displayed some formidable football for Monaco side, last season he was an integral part of the Monaco squad.

Right now he established himself as one of the hottest prospects in Europe and along with Arsenal many other clubs are willing to have him in their squad.

Last season he helped the Monaco side to win the Ligue 1 silverware.
Now time will tell whether he will stay at Monaco or he will be headed towards the Emirate stadium? 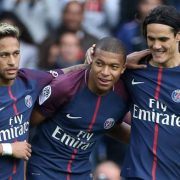