Football News: The EPL giants made the French international their primary target for the next Transfer season.

Arsenal wants the French wonderkid in the next season.

This season Arsenal was unable to live up to the expectation of their fans, they even could not make for the Next season’s Champions league also. So for the upcoming season, they are ready to reinforce their side.

This season they have bucket the Armenian international Mkhitaryan, but he failed to deliver for the Gunners, also his Dortmund team-mate Aubameyangn couldn’t shine for the North London side.

The News Gunner manager Unai Emery made Dembele his prime target for the next season, though he just joins the Barcelona side one year ago from Dortmund for €105m, and within a year the 21-year-old heavily linked with a move away from Catalonia. 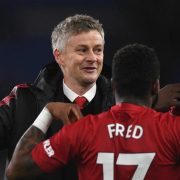