Football News: Argentine Star Manuel Lanzini ruled out of the imminent world cup because of his kibbling anterior cruciate ligament in his right knee.

Argentina will not get the service of the West ham midfielder in the world cup.

During the training session, the West ham midfielder picked up his injury and now he will miss the chance to represent his country at the biggest stage of football.

In June 2017, he made his debut for his country against Brazil, in Sampaoli’s first game in charge with the La Albiceleste, but now he is down and out from the world cup.

The Argentine gaffer had very little time to call someone in place for the West ham attacking midfielder, Lanzini has made four appearances for Argentina and he scored his first goal for Argentine in a friendly game against Italy. 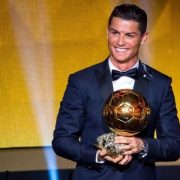