The 21 year old France international and Manchester United attacker express his frustration after he was dropped from the first team football in the recent matches by Mourinho.

The Manchester United man said that is annoys him when he was out of the field and sits on the bench and did not get the opportunity to play.

Last year under Louis Van Gaal the Manchester United brought him from the French side Monaco and in his first year he had an excellent year with the Red Devils and for that this season in the earlier games the special one gave him ample chances to lock down his spot in the starting lineup but he is not near of his form this season and the Portuguese manager dropped him from the starting lineup.

But in their last match when they Visit the Crystal Palace he was dropped by the special one,

Without him the Manchester United side also got a crucial away victory by 2-1.

In an Interview the 21 year old French youngster told to SFR Sport:

"It's annoying to be on the bench, it's truly annoying, but it's a test you have to overcome and that's how you progress.

"It's difficult because all you want is to be able to help the team and when you're on the bench you can't.

"But these are choices and you have to accept it."

This season the Red Devils brought the Swedish superstar Ibrahimovic from the PSG side and also the superstar is having a brilliant season with the Red Devils and for that Martial was benched in recent times.

"People expect a lot of me, but sometimes they forget I'm still young," he added, ahead of Saturday's trip to West Brom.

"Everyone can think what they want, it won't change anything." 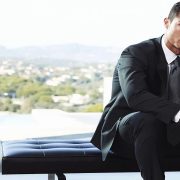