According to the news from Spain another Premier League club wants the Colombian and Real Madrid star midfielder James Rodriguez.

After being linked with many big European like Manchester United, Chelsea and Everton, another premier league club has made a bid of £72 million for the 25-year-old midfielder. 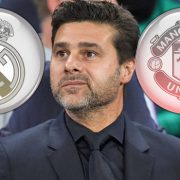