Madrid has been tracking Icardi for some time as the Spanish side needs to cover for their French forward Karim Benzema this summer.

The striker from Argentina who plays at Inter Milan has a release clause of €110 million, but will not be an ideal replacement for CR7, as Madrid would be looking for a wide forward for that role, which he is not.

Madrid has been keeping a close eye on the progress of Harry Kane for some time, but the England striker has recently signed a new contract for his current club Tottenham.

Kane has said that he wants to win trophies at the club’s new stadium, which opens at the beginning of the next season. Thus the possibility of a transfer for the 24-year-old and the current top scorer of the World Cup is highly impossible. 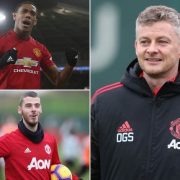