Chelsea is on the verge to sign the Belgium International Radja Nainggolan from Roma, as per the Transfer News

This season Antonio Conte eyed him from Roma, the Belgium international has been an integral part of Roma in these recent years.

In 2014 he joined Roma from Cagliari; in Olimpico he flourishes his game and exploded himself into the football world.

This season Chelsea is not able to revolve their last season’s form and this season they are sitting at the third spot in the table, and Conte is desperate to turn thing away to their favour.

Chelsea has to splash out £40 million to sign Radja Naniggolan from Roma.
In the recent past Naniggolan has involved with a heated conversation with the Club officials and as a consequences of that Eusebio de Francesco dropped him for the first team, and the club is willing to sell him. 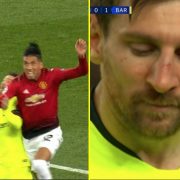