Indian head coach Nicolai Adam's player stepped from behind a couple of times to net an efficient 2-2 draw against the German opponents.

The India U-17 who will be playing for the World Cup drew up with their German mates FC Koln U-16 with Joysana netting a perfect goal and a penalty shoot at the later stage of the match by Amarjit cancelling out the duo German strikes.

It was the host nation which hit an early goal and after not losing a chance to make out the most of it when given a penalty and forced themselves on the visitors, with a tight defensive performance by the Blue Tigers seeing them holed up with the castle for an early setback.

The Indians had the last smile when Amarjit netted a penalty at the time when it seemed nowhere for the India colts duly converted to tie the game 2-2.

The draw came after the side's impressive 2-1 victory against TSG Hoffenheim a couple of weeks ago. 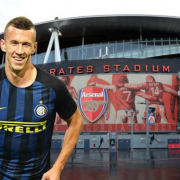