Football News: The Barcelona ace is impossible to stop and the Spurs manager says the team will enjoy facing the five times Ballon d’Or winner.

The Argentine coach feels his boys will enjoy their game against Messi.

The Tottenham manager Mauricio Pochettino told his players they should have enjoyed facing the Barcelona ace in their next Champions League match, he believes that it is something they could have told their kids about.

On this Wednesday the Catalan giants will travel to England to face Tottenham for round 2, and this game is a must win for Spurs as they have lost their first game against Inter at San Siro.

Spurs must find a way to stop the Argentine magician, who scored eight goals for Barcelona in his nine appearances for them.

Pochettino believes his players needed to make the most of this match as in this match they would face the one of the best in the business.

He stated: "I am not going to try to find a solution. I am going to say to the players, 'Enjoy playing against Messi because you are going to have the opportunity to play against one of the best players in the history of football',"

At this stage, Barcelona is going on a winless run and in their last three matches they have drawn against  Girona and Athletic Bilbao and lost against Leganes. 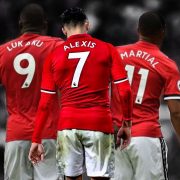