Spain’s World Cup preparations are in total disarray as their head coach Julen Lopetegui has been sacked just two days prior their World Cup start and is replaced by Fernando Hierro.

Football news: Lopetegui’s appointment as the Real Madrid boss after the World Cup has cost his national team job

Former Bolton Wanderers defender Hierro was previously the sporting director the national team and will now step in as the interim coach to fill in the breach following Lopetegui’s astonishing dismissal.

Previously the Los Blancos club had announced that Lopetegui would be their new coach after the conclusion of the summer World Cup. This news came in as a shock for the Spanish Football Federation (RFEF).

The president of RFEF, Luis Rubiales, said to the press, “The Spanish Federation has decided to dispense with the services of Julen Lopetegui after the way he has acted. Lopetegui has been a great coach, but we can’t accept this behaviour.

“This has been done without our knowledge. The Federation cannot be left outside the negotiation of one of its employees and find out just five minutes before a public announcement.”

The national team has also demanded €2 million release clause for Lopetegui from Real Madrid, as the manager had signed a new long-term deal with the La Roja on May 22.

Hierro had previously worked as assistant manager at Real Manager and was the director of football at Malaga. He had managed only one club, Real Oveido in Spain’s Segunda Division for the 2016-17 season, but failed to promote the club and hence departed by mutual consent.

Hierro is best known for his playing days at Real with whom he had won five La Liga titles and three Champions League trophies. He had also played under Sam Allardyce at Bolton Wanderers in the 2004-05 season.

Spain are heavily fancied as favourites to win the World Cup and are in Group B with Portugal, Iran and Morocco. But owing to the new circumstances, it remains to be seen how the La Roja squad adjust in this high crisis period. 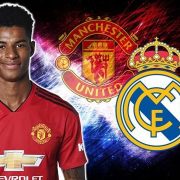