The Portuguese has shared his thoughts after losing to Mumbai FC by 2-1.

Northeast united lost their match against Mumbai FC in their ISL third season by 1-0, Nelo Vingada Northeast United head coach then said that to him performance matters not the result.

Today was a very hard and severe game. It was our third game and in six days. I was expecting much more difficulty but I must felicitate Mumbai.

"We are building a good team and with good organization. We made some mistakes which is uncharacteristic of my team. However, this is football, mistakes happen because we play with man and not robots. I take with me the performance and not the result," he has one’s say that.

The Portuguese refused to cast his players, particularly Reagan Singh, for him the Uruguayan scored the goal from the spot kick, and he added that all the players made mistakes.

"Man makes mistakes. It was an easy situation. We had a first chance to control and solve the situation, a second chance and a third chance when it came to Reagan who fell down and they got a penalty. I have seen this many times and in bigger teams. Fantastic players make mistakes. These mistakes don’t happen usually in my team.

"We made one, two and three consecutive mistakes to clear the ball and then the penalty where the goalkeeper almost caught the ball. If football wasn’t like this, it wouldn’t be the number one sport in the world," he maintained.

Northeast should have score a goal against Mumbai FC  in the match where they had lot of opportunity but fail to convert them, Portuguese agreed that in some days many teams get unlucky.

"We had better opportunities and chances to score. We kept the ball well and counterattacked also well. We were better performance wise but the result was zero. Congratulations to Mumbai as football is about result. Of course, we will have chances to win with this football. We can get and win more points. 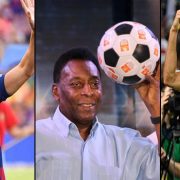