The Blaugrana take it bravely that their star man will be missing to play for the team for three weeks, while he thinks it will be a big blow for them.

The Spanish coach thinks that they will play well despite them don’t have Messi with them.

Messi came of during the second half Berca’s 1-1 draw against Atletico Madrid, at camp Nou on wednessday.

The argentine national will miss three weeks for his a groin strain injury that club has announced.

Luis Enrique his felling positive over the ability of his team, even they miss their main man Messi.

"To lose Messi means that football loses," he said, via the club's Twitter.
"With Messi we are stronger, “but we will continue being strong."

Ivan Rakitic gives them a lead just before the half time and in the second half the other Argentinean Angel Correa scores the equalizer goal.
Luis Enrique felt his team was worthy of a victory, saying: "These types of games are decided by small details, and we deserved more." 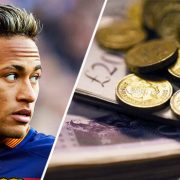