The German manager believes that the title race in EPL is over because of the dominant performance of Manchester City this season.

Jurgen Klopp ponders that this season his team is fighting to get the second spot in the EPL table, as he believes that Manchester City has sealed the title to their name.

This season Manchester City is in a glittering form, so far now in their 17 games they have won 16 out of it while scoring 52 goals so far, also they have taken 11 points lead from the second place team Manchester United.

Ahead of Liverpool’s match against Bournemouth, Klopp said: "This season nobody is really fighting anymore for the title. I don't think United are,"

"We will all try to come as close as possible but if City doesn't have any drop then they will probably win it so does that mean all the others have to stop?

"To be the best of the rest could be a fantastic target. So it is to try to have the best position in the table which for us for the last – I don't know how many years – is probably third or second."

This season the Reds(Liverpool) is currently sitting at the fifth spot in the table, back to back draws fallen down their rank to the fifth spot, right now they are three points behind to third place Chelsea, and seven points aback from the second placed Red Devils.

Klopp elucidated: "We cannot chase City, like we couldn't chase Bayern in these times but we could have beaten them in the Champions league final – that's 100 per cent,"

"We were not worse, it was an open game and nobody saw in this game a team 25 points ahead.

"We didn't play a bad season, we got to the Champions League final and had some of our best moments in our life in that campaign." 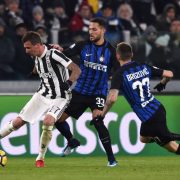