The 27 year old goalkeeper reveals that he is not happy at Barcelona as he is not getting that much playing time there, but he also agrees that he is improving as a player on the pitch for them.

The Dutch international revels that he is unhappy at Barcelona because of his lack of playing time and he played the last for them in the Champions league against Borussia Monchengladbach where his side won the match by 4-0 against the German side.

In the Champions league final group stage match he was introduced to the starting lineup by Luis Enrique, the Liverpool side and coach Jurgen Kloop were present that day at the Camp Nou to watch them.

In the earlier transfer season the Catalan side brought him as a replacement of Bravo form Ajax but their another goalkeeper Marc Andre Ter Stegen  is playing for them most of that matches and he(Cillessen) was benched by Luis Enrique on most of the matches.

But the Dutch goalkeeper reveals that he needs more playing time and he expects in future he will get more starting line football.

The goalkeeper voiced that:

"I feel great, it was really nice to play and I am happy for keeping the clean sheet,"

"I knew what I was facing when I came here and I am still learning. I am happy to be here and I'm improving – that's why I moved here. But of course I want to play but it would be stupid to say I am happy on the bench."

The goalkeeper also reveals that he is trying to learn Spanish in the mean time and he thinks in the Christmas break he will have a good grip on that language.

"My Spanish is not good,"

"I understand most words and I can combine it, but it is still difficult but I take Spanish lessons three times a week. I hope after the Christmas break I can speak Spanish a little bit better." 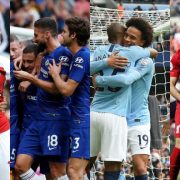