Current Indian skipper and their best batsman Virat Kohli has been in awesome touch with his blade. His record-setting spree and consistency has left all his fans in awe.

Kohli’s has batted excellently in the England away series recently. He had amassed a total of 593 runs in five Test matches which has stamped his authority as the best batsman in the world currently.

Former England cricketer Mike Brearley has also acknowledged Kohli’s superiority and his positive attitude and has termed the veteran as the ‘Genius’.

Previously Brearley has put forward his concerns saying that the dominating attitude of Kohli might prevent him from getting forward in the game.

But now he believes that Kohli has transformed himself into a complete batsman and has become smooth in all the formats of the game. Brearley has also praised the whole Indian contingent who would be travelling to Australia.

“He (Virat Kohli) is a wonderful batsman, the best batsman in the world. He averages over 50 (and) has a very good rate of scoring in T20s, One Day Internationals and Test cricket. He forms a bridge between these different forms of batting and brings classic batsmanship to T20 cricket. I think he is sort of a genius as a batsman,” Brearley was quoted as saying by The Statesman.

“He forms a bridge between these different forms of batting & brings classic batsmanship to T20 cricket. I think he is sort of a genius as a batsman.” – Former England captain Michael Brearleyhttps://t.co/zyiP9SBW9C

Brearley, who has played 39 Tests for England, has also praised the Indian bowlers because of their terrific form of getting the 20 wickets in the game which is very important in a Test.

“I think they (India) are probably as good as ever as they have been going to Australia. Their top bowlers are very, very good and we were all impressed by them in England,” added the former England captain.

India will begin their series against Australia with a three-match T20I series which will begin from November 21. The two teams will then face each other for four Tests and three ODIs to fight out the ultimate glory. 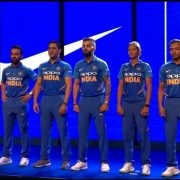 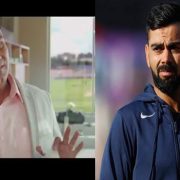