Former Indian skipper Mahendra Singh Dhoni is still regarded as one of the star players of the Indian dressing room. Despite performing poorly in recent times, Dhoni still remains a pivotal member of the Indian 2019 World Cup squad.

Former Indian skipper and India’s first World Cup winning captain Kapil Dev has come out in favour of Dhoni. He has warned others not to expect much from Dhoni as he is not the same 25 years old lad.

When Dhoni debuted in 2004, the Ranchi boy was known as a big hitter of the ball. During the peak of his career, he used the willow at will. His flamboyance and big hitting ability made him the world’s best finisher.

Kapil has backed Dhoni saying that he has done great job in his international career. At this age and juncture of his career, it is not expected of him to repeat those exploits.

“I think whatever he has done, he’s done a great job. But I think the bad part is we are expecting the same 20 or 25 years old Dhoni, which is not going to work,” said Kapil in a conversation with NDTV.

Kapil also said that Dhoni’s experience is still a big asset for the team which proves he is invaluable. He has suggested Dhoni to remain fit before the big event in England next year.

“He has experience, if he can help the team with his experience, it’s well done. But one thing everyone should understand that he is not 20, and he is not going to be 20 again. So whatever he brings to the table, if he can make himself available and he can play good cricket, he is an asset to the team. Only his fitness is important and I wish he keeps on playing more matches,” Kapil added. 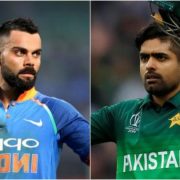 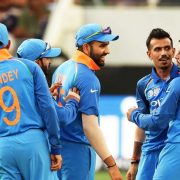