One of the most professional franchise team in T20 cricket is three-times IPL champions Mumbai Indians. They have a rule book and instructions which every player of the franchise should abide by.

Along with mane world-class players the MI franchise consists of many youngsters too. These players are yet to learn to remain professional even outside the cricket field. Hence they often do things that goes against the rule book.

As a result the management has come up with a hilarious idea for rebelling and misfiring cricketers. They are made to wear the emoji kit as a punishment. The emoji kit is the dress with ridiculous emojis printed on it. The images of the players wearing the emoji kit are then shared on social media.

The hilarious mode of punishment was devised by the MI management in the last year. The kit is embroidered with various emojis from the social chat apps which make the player wearing it goofy.

Players like Ishan Kishan, Anukul Roy, and Rahul Chahar became the first dishonorable members to wear the kit. This is because they had missed gym sessions and with the physio. Even senior cricketer Suryakumar Yadav had to wear this kit once.

MI franchise shared the image of Ishan wearing the kit on their official Instagram page. They captioned the image as, “BREAKING: @ishankishan23 becomes the first player to wear the Emoji kit in two back-to-back editions of the @iplt20” 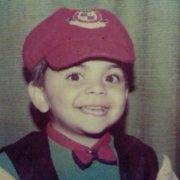