Cricketing legend Sachin Tendulkar is one of the best sportsperson India has ever produced. Throughout his career, he was regarded as one of the greatest batsmen. Over the years he has amassed a plethora of records.

All the bowlers had tried their best to stop him. But the Master Blaster had always been a tormenting factor for them. He last played an international match back in 2013 against the Windies.

Even after retiring from the game, there are a number of his records which are still untouched. Such was his charisma that those records might be very hard to break in the distant future too.

Even after so many years of retirement, Tendulkar’s fandom hasn’t dipped an inch. However all these wouldn’t have been possible without his childhood coach Ramakant Vithal Achrekar. But sadly, according to reports in ABP News, Achrekar passed away today at the age of 86.

One of the greatest coaches in the cricketing world

Achrekar was born in the year of 1932. He didn’t have a glorious cricketing career for himself. However he was mostly known for coaching young budding cricketers at the Shivaji Park.

It was there where he tutored the great legend Tendulkar. Moreover, Achrekar founded the Kamath Memorial Cricket Club. It is now been run by his daughter Kalpana Murkar and his son-in-law Deepak Murkar.

Achrekar was a selector of the Mumbai cricket team. His entire life can be found in the biography Ramakant Achrekar: Master Blaster’s Mater. The book has been penned down by journalist Kunal Purandare.

Apart from coaching Tendulkar, he also coached other prominent names. They are Pravin Amre, Ajit Agarkar, Chandrakant Pandit and Vinod Kambli and many others. For his dedication and devotion towards the sport, he was duly rewarded.

In the very same year, Gary Kirsten presented him with the ‘Lifetime Achievement Award’. Kirsten was a former South African cricketer. He was also the coach of the Indian World Cup winning team in 2011.

Sachin had made a habit of visiting Achrekar’s home on every Teachers’ Day occasion. Even after achieving so much in life, he hasn’t forgot the person behind his immense success. As a result he has always credited Achrekar sir behind all his achievements.

After Achrekar’s demise, Tendulkar spoke to Indian Express. He said, “Cricket in heaven will be enriched with the presence of Achrekar sir. Like many of his students, I learnt my ABCD of cricket under Sir’s guidance.

“His contribution to my life cannot be captured in words. He built the foundation that I stand on. Last month, I met Sir along with some of his students and spent some time together. We shared a laugh as we remembered the old times.

“Achrekar sir taught us the virtues of playing straight and living straight. Thank you for making us a part of your life and enriching us with your coaching manual. Well played Sir and may you coach more wherever you are.” 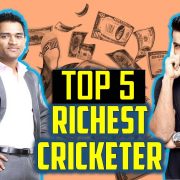 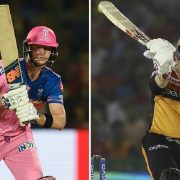