After the drubbing at Perth by 146 runs, India’s selection has come under the scanner. This is because they opted to go without a spinner while Aussie spinner Nathan Lyon won the Man of the Match award.

However Indian skipper Virat Kohli has clarified that even if R Ashwin was fit, they might have left him. Ashwin was sidelined with a side strain, and Ravindra Jadeja could have replaced him. But India went in with a four-man pace attack.

There was almost everyone criticizing the Indian selection camp. But Kohli said that the pitch behaved exactly what the management had expected it to.

“Yes, we could have considered that (playing four quicks),” Kohli said, when asked if Ashwin would have played had he been fit. “If you see, the rough didn’t have much assistance. It was just the pace on the ball that Lyon bowled that he got the wickets that he got.

“We as a team didn’t want to think that we definitely wanted to consider a spinning option on this pitch, especially having a look at the pitch on day one and how we thought it would play on the first three days, and exactly played out that way. We thought a fast bowler is going to be more productive and more helpful for us as a team.”

Why Umesh in place of Bhuvi

Another selection dilemma came when Umesh Yadav was picked ahead of Bhuvneshwar Kumar. Kohli said that Bhuvi lost out because he hadn’t played much four-day cricket of late.

“Bhuvi hasn’t played a lot of four-day cricket recently, and Umesh took 10 wickets in his last Test (against West Indies in Hyderabad), and was in good bowling rhythm. So that was the reason behind picking Umesh over Bhuvi.”

Bhuvi last played a Test in Johannesburg, nearly 11 months ago. In England, he had to be sidelined because of a lower-back injury. He was also rested in the home series against the Windies.

Bhuvi was mostly missed because of his batting ability down the order. India’s Nos. 8 to 11 only contributed 11 runs in the whole Perth Test. Moreover Umesh ended with match figures of 2 for 139 from 37 overs. He had an economy of 3.75, which was not at all good.

“You obviously have two situations that you can think of,” Kohli said. “When you pick another fast bowler, obviously Ashwin or Ravindra Jadeja have more ability with the bat, we all know that. It’s a very tricky decision to make, what kind of a bowling option you want to go with or you want to think that that guy can contribute with the bat as well.

“So eventually you come to one decision, and we back that decision and went ahead with it. Whether it comes off or not, that’s a different thing, but we were totally convinced in the team that that was our best combination to go with, and the batsmen have to take responsibility. There are lots of variables that can happen during the course of a cricket match but before that, you need to have clarity as to what you want to do. And as a side, we were totally clear that this was the combination we wanted to go with.”

When asked if he was satisfied with the game, in the absence of a spinner, Kohli said:

“Especially yesterday, the first session, giving away only 56-odd runs without getting a wicket. I think it was outstanding bowling, and obviously [Mohammed] Shami did what he did in the next session with the ball (he took six wickets in the second innings), which was again wonderful to see. So, yeah. I think they executed their plans to 95% of what we expected.

“I think you definitely can be happy with that. In the past when we have played four quicks, we definitely haven’t been as consistent as we were in this game. So, I think they were pretty accurate, pretty consistent, and as I said we were pretty convinced about going in with four fast bowlers looking at the conditions. I think they did pretty well.” 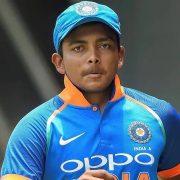 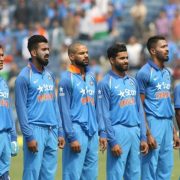 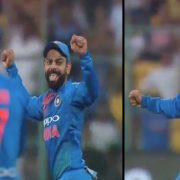