The veteran finisher MS Dhoni once again came to the fore as India won the Adelaide ODI. As a result the three-match ODI series between Australia and India is currently levelled at 1-1.

Dhoni kept his cool and didn’t panic in the nervy moments. His charismatic batting ensured that Kohli’s brilliant century didn’t go in vain.

The veteran hit a massive six in the first ball of the final over. He then took a single in the next delivery to secure the win. Dhoni was heavily criticized by many for his slow knock in the series opener at Sydney.

They forgot the situation in which he had come to bat and his innings was the result of the situation. In Adelaide Dhoni remained unbeaten on 55 off 54 deliveries. He smacked two sixes during his stay and constantly rotated the strike.

Pacer Jasprit Bumrah, who is rested in the series, was delighted with India’s most experienced player. He termed Dhoni and Kohli as ‘legends’ and said that players like him don’t need to prove their mettle. This is because these legends have done it multiple times in their illustrious career.

Bumrah also lauded his captain Virat Kohli for his superlative century. He also congratulated the entire team on the magnificent victory and for taking the series to the decider game.

The Men in Blue might be currently missing the services of the young pacer. The team has conceded a lot of runs in the death overs, both in Sydney and Adelaide.

Both Bhuvneshwar Kumar and Mohammed Shami have been doing their job perfectly. But the Aussies are targeting the third pacer. In Sydney Khaleel Ahmed played while in Adelaide, Mohammed Siraj made his debut.

Both the pacers have struggled so far. This is where Bumrah’s services would have been vital. But now as Bumrah is rested, only time will say how the third pacer perform in the series decider in Melbourne on Friday. 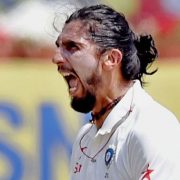 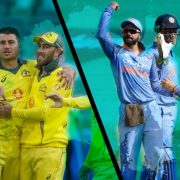