Australian cricket is in such a state of jeopardy that a win in a truncated T20I is regarded as a possible renaissance. Since the sand paper incident in Cape Town, Australia have won just 6 of their 23 international matches.

Three of those wins came against Zimbabwe and UAE. So a win at the beginning of the tour against India has certainly lifted the spirits of the Kangaroos.

It was a good win for the Aussies as they played in dire situations. They batted first in a bowl-first game. Then the rain came in and destroyed their momentum. Only thing they had to contend was to not chase the target in a rain-affected match.

India were very disappointed with the way things went. It was just a sneak peek into what Hardik Pandya’s absence can do in a team. They had to go in with an all-rounder, so they had to take Krunal Pandya.

Would you make any changes to Australia and India’s XIs for the Melbourne T20I? https://t.co/SjxM4EGUhK #AUSvIND pic.twitter.com/AJsyU2O058

India could not go with three spinners, hence one of their match-winning wrist-spinner had to be benched. Moreover Jasprit Bumrah was not used against Chris Lynn, despite having a good record against the batsman.

Skipper Virat Kohli also sacrificed his No. 3 spot for KL Rahul, which is worth a try keeping in mind the World T20 in two years time. But Kohli needs to think of the cost and benefit of it swiftly. So when the next game starts, all eyes will definitely be on captain Kohli and his decisions.

Pitch and conditions: Clouds with on and off showers predicted in Melbourne. A shortened match is expected here also. 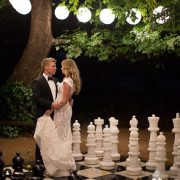 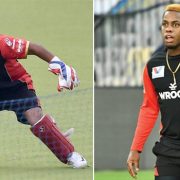