It was just a few days ago that the Indian squad for the upcoming ODI series against Australia was announced. Veteran MS Dhoni was included in the squad as the wicketkeeper. As a result young Rishabh Pant was sidelined.

The Aussie captain Tim Paine referred about the selection on third day’s play and took a hilarious dig at Rishabh Pant. Paine offered Pant a place in the Hobart Hurricanes team in the ongoing Big Bash League (BBL).

It wasn’t just the end of the banter. Paine went on saying that he would offer Pant and nice apartment and even asked Pant if he could ‘Babysit’ his kids.

The incident happened when India were struggling at 44/5 in their second innings. Pant came to the crease to assist opener Mayank Agarwal. India had already secured a massive lead of 292 runs and were sitting comfortably at the top.

This is when the hosts tried to unsettle the young wicketkeeper. They wanted to dent the visitors more before the end of day’s play. It was the penultimate over of the day and Nathan Lyon was bowling.

The off-spinner was bowling brilliantly and the Aussies sensed an opportunity. Lyon had previously dismissed Pant four out of five times so far on this tour.

Will you babysit my kids?

Fox Sports, the official broadcaster of the series, once again decided to hear the comments through the stump mic. They heard Paine reminding Pant of his exclusion in the three-match ODI series.

As a result Paine suggested Pant to extend his holiday and join the Hobart Hurricanes, his local team, in the BBL. Paine also indirectly invited Pant to dinner and to take care of his kids while he takes his wife to the movies.

The recording from the stump mic was heard as follows:

I tell you what, big MS (Dhoni) is back in the One-Day squad, we might get (Pant) down to the Hurricanes, this bloke. We need a batter. Fancy that, surely, extend your little Aussie holiday, Beautiful town Hobart too. Get you a nice apartment on the waterfront. Have you over for dinner you Babysit? I’ll take the wife to the movies one night and you’ll look after the kids?

Here is the video of the incident: 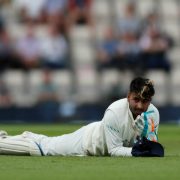 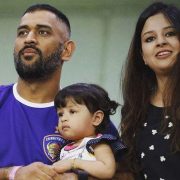