The yorker-specialist of India is still new in this format but has already shown sparks of brilliance in both South Africa and England. Playing on the typical Aussie pitches, Bumrah can be very handy as he can generate both pace and a fair amount of bounce.

Another point that goes to Bumrah’s favour is that the Aussies have not played him yet. This might be a problem as they might fail to read him initially which would give Bumrah the additional edge over the batsmen.

The Ahmedabad-born cricketer has taken 28 wickets in six matches at a phenomenal average of around 25. Moreover all the six matches that he has played has been in overseas conditions – three in South Africa and three in England. 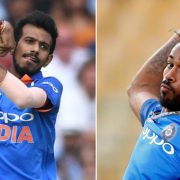