Since his debut in 2014, Josh Hazlewood has been an integral part of the Australian Test team setup. He has taken plenty of wickets against tough opposition which includes India as well.

The right-arm seamer would be eager to make his mark and give his best against the most formidable Test side of the world.

He has taken 86 wickets in home soil at an average of 25.49 and has a total of 150+ Test wickets. The most important point of discussion is that among his six five-wicket hauls in Test cricket, two have come against India alone. 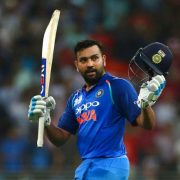