Only a few days have gone since the ghastly terror attacks in the Pulwama region of Kashmir. A SUV loaded with explosives rammed into a truck which was carrying CRPF personnel on Thursday.

More than 40 soldiers lost their lives in one of the biggest attacks on Indian security forces. Jaish-e-Mohammed, a terrorist organization based in Pakistan, has taken responsibility of the action.

Since the cowardly attack, the whole of India have protested against it. The outrage and furious reactions still continue to pour in. As a result they all want to make sure that Pakistan pay for this inhumane act.

The government of India has already increased the import duty on Pakistan. Moreover they have taken away the status of ‘Most favored nation’ from the neighbouring country. Along with the government, the sports community have also reacted to the incident.

Current Indian opener Shikhar Dhawan have offered monetary help. Former Pakistan cricketer Imran Khan is now the Prime Minister of Pakistan. As a result the prestigious Cricket Club of India have covered the portrait of Imran Khan on Saturday.

All the photos of Pakistani cricketers were removed from PCA stadium in Mohali on Sunday. IMG-Reliance have also pulled out their support and has cancelled their deal of covering Pakistan Super League (PSL) worldwide.

As a result Pakistan Cricket Board have to desperately find a new broadcasting company. Otherwise the ongoing PSL season will remain off the air. Television channel DSports, who showed PSL matches in India, have also stopped their coverage.

Now twitteratti have urged BCCI to ban all players from playing IPL who are currently playing in PSL. If this happens then many big names will not feature in the next edition of the IPL. As a result the IPL might not see the likes of AB de Villiers, Kieron Pollard and Andre Russell.

Here are some of the tweets regarding the issue: 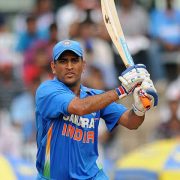