On 14 February, the whole was India was rocked by a ghastly terrorist attack. An explosive-laden SUV rammed in an army convoy truck in the Pulwama region of Kashmir. In the cowardly incident, more than 40 CRPF jawans lost their lives.

Pakistan based terrorist group Jaish-e-Mohammad took responsibility of the attack. Their suicide bomber Adil Ahmad Dar conducted the attack. This incident took a massive development in India over the few days. As a result it worsened the already-soured India-Pakistan relationship.

Meanwhile many want Pakistan to be disallowed in the upcoming World Cup. As a result they even want to India to boycott the Pakistan game in England and Wales. The arch-rivals have a World Cup match on 16 June, Sunday at the Old Trafford in Manchester.

However an official of the Board of Control for Cricket in India (BCCI) feels it won’t be possible. As a result he believes that Pakistan can’t be disallowed from playing in the World Cup. In an interview to Times of India (TOI), the official said:

There is absolutely no constitutional or contractual way this could happen. The ICC constitution allows members the right to participate in ICC events as long as they’ve qualified.

Meanwhile Supreme Court-appointed Committee of Administrators (CoA) will hold a meeting today regarding the issue. The meeting will be headed by CoA head Vinod Rai.

The Pakistan Cricket Board (PCB) is also looking forward to discuss the issue with BCCI. They want to talk over the marquee clash which will be one of the star events in the upcoming mega tournament. As a result the matter will be discussed in the ICC meetings in Dubai. The meeting will be held between Wednesday, February 27 to Saturday, March 2.

“In case India writes to ICC for Pakistan’s removal, then we have to build consensus first to move a resolution at it’s Annual Board Meeting in April. We no longer enjoy majority in the ICC board right now. If this goes for floor Test we are certain to lose. Not only that, serious doubts will emerge on our chances to host 2021 Champions Trophy and 2023 World Cup,” a top BCCI source said. 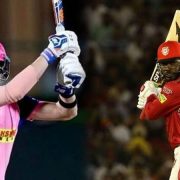