Ashwin completed his fastest 250 wickets against Bangladesh here in Hyderabad on the ongoing test match and he must be a very happy man as of now, because it is one among the records everybody will try to go for and now the encravement goes for Ashwin.

He achieved this feat by dismissing Mushfiqur for 127 runs and it was his 45th test against the whole nation he has played with, time has come to celebrate this feat and enjoy the moment perfectly.

It took him 5years and 95 days to cross the landmark of 250 wickets in his ongoing 45th test match that is going on with Bangladesh, no Indian bowler has taken more than 200 wickets in 45 matches but the man Ashwin has proved himself in each single point of time and stood up tall whenever the team required him.

He provide breakthrough at every regular intervals and was the devastator for the opponents and a tinder joy for his fellow mates, expectancy level has always gone above pa when we see this amazing person with the bowl in arm trying to flip away to towards the batsman.

FOR MORE UPDATES KEEP YOURSELF TUNED TO SPORTSLIBRO.COM 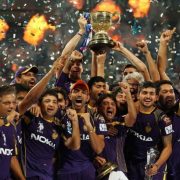