The last two Test series which India had played, the 2017 Australia’s tour of India and 2018 India’s tour of South Africa, there was one thing in common.

In both the series India suffered from a poor start. In 2017 at Pune, there were stunned by the brilliance of Steve Smith and Steve O’Keefe and in Cape Town, they succumbed to Vernon Philander.

India capped a dramatic comeback against Australia and won the series in Dharamsala, but against South Africa they fell short and lost the series 1-2.

However if they could have got another Test in hand, they could have completed the comeback. So it is understandable what Kohli said in the pre-match conference that, “The fact this is a long series is something we are looking forward to.”

These words somehow reflects the confidence which he and his team possesses and the skipper genuinely believes that his team can beat England in England.

“The fact this is a long series is something we are looking forward to. It gives you a lot of opportunities during the course of the whole series,” Kohli said. “There are two ways to think about this – either it’s too long a series to play or think there are so many opportunities to come up every session, every Test match. We are definitely in a good frame of mind. It’s a young team who have played a lot of matches. It’s a very rare combination to find. We are comfortable with where we stand as a team and we are pretty confident of our abilities. We have to the skill sets, character and mental toughness which is required to compete and win in overseas conditions.”

India is definitely looking optimistic but is not over-confident as said by Rahane a day before when he said that the team needs to patient to deliver results.

Kohli also sounded the same like his deputy and also added that the team needs to stay mentally fresh and focussed throughout the next six weeks of the tour.

“This is a five-match series and not a two or three-match series where if things go wrong in one match, desperation sinks in. In such a long series, you can be patient enough to turn things around. From that point of view, all of us are relaxed. Bowling, batting and even in terms of fielding, everyone is in a good space now.”

“You need to make sure that all the players and the management are on the same page. Especially when you have a long series and you know it’s going to be challenging, you cannot afford to have individuals who are drifting away with their mindset. We keep speaking about it regularly. It’s a small thing that changes the mindset. When you take an adverse situation as an opportunity than something to be feared of, it totally changes the mindset. That’s constantly what we speak about. And to understand that, the challenge comes in when the situation is not going your way…that’s when composure comes in.”

India are optimistic but certainly not to the point of over-confidence, writes @vishaal_CB: https://t.co/hNvx6NJ94l #ENGvIND

While India is certainly worried about the forms of Shikhar Dhawan and Cheteshwar Pujara, they are also tempted to use their X-factor Kuldeep Yadav over the likes of R Ashwin and Jadeja.

“You always come up with situations when you’re playing such long seasons that you have scenarios. Along with the management, you have to sit down and take a call. It all boils down to your gut feel. If five people on the table agree that this is the right thing to do for the team, then we go ahead with that, there are no ifs and buts. There’s no looking back. If we take a decision today we’re not going to sit down tomorrow and say, ‘Oh we could have done that.’ We don’t act like that.

“That’s why we’ve been pushing forward as a team. We’ve not held on to decisions we’ve made. Once we’ve made them we don’t look back at them, even if they come off or not. They’re taken in the best interests of the team at that particular time; there’s total honesty and total ownership all around the squad. That’s the mindset behind it. In Test cricket what matters is the balance of the squad: that’s the most crucial thing.” 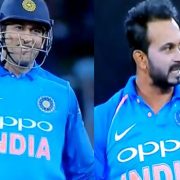 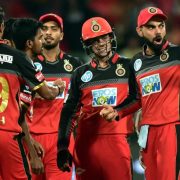