Team India will jump into the arena of Vizag tomorrow with Virat Kohli leading the side and probably 10 out of the 11 players will return to the field adjoining shoulders with the youngster KL Rahul.

Rahul is the preferred player in the eyes of Anil Kumble and the captain Virat Kohli, unanimously as whole of INDIA CRICKET and his inclusion will definitely mark the exclusion of a team member who played the first test in Rajkot.

KL Rahul is back in the side after the hamstring injury that he was suffering from and has recovered from it fully, and Gautam Gambhir who was given a chance to prove his excellence failed to prove and for the very reason Rahul will replace the senior player Gambhir in the tomorrow’s match.

“There is nothing different that we need to do to deal with the situation,” Virat Kohli said, in a press conference, when asked about how he tackles such selection matters. “We had it pretty clear in our minds that KL (Rahul) is our No.1 choice along with Vijay. And when he is fit at any stage he comes back into the side, we are going to start with him. So, that was the whole idea behind it. We were waiting for him to recover as soon as possible and in the meantime, Gautam got the chances that he got and he played really well in different situations.

“But that’s how the team combinations go — If you want to play with the combination that you think has the best balance, as far as the team management is concerned and the captain is concerned, we want to go with that. We were very clear in our heads that as soon as Rahul is fit, we will call him back into the squad – be it pulling him out of the first-class game as far as it’s within the rules and regulations. I don’t think we needed to think any differently to call back Rahul into the side. We are actually glad that he is back into the side,” Kohli said.

As per the INDIA CRICKET NEWS it is just not the end for the dilemma and discussions for the team and the captain because the spinners they played with it in the last match were not satisfactory and upto the mark, so they might be going for a change and might give a chance to the youngster Yadav a chance to debut in the second test at Vizag at the cost of Amit Mishra.

“Obviously in a series where you are playing against a top side, there is very less room for grooming people as such, if you get what I am saying. You need to figure out as a captain how comfortable you are with the guys you are going to take the field with and how mentally prepared and aware they are walking into the field and how confident they are in picking up those wickets for you. What you mentioned is something that can happen to any bowler, being out of rhythm or not having a good game. But eventually you have to figure out over a span of two or three days how the individual is feeling, how he is behaving, what his energies are like.”

“So it is very important to observe all those things walking into a game against a top side because you need 11 players who are on the same page and who are aware and ready to go into battle. You can’t have people who are not quite there mentally. Those are the things we figure out as a management group and obviously we would like to take the best possible 11 on to the field and the best bowlers who are mentally ready to pick up 20 wickets for us,” Kohli said. 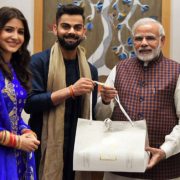