The umpires in this season of IPL are not at all doing a commendable job and BCCI should interrogate the matter or take some actions regarding this, IPL has got a brand name which should be destroyed.

The incident occurred in the tenth over of the Mumbai Indians’ innings when Sharma was given out LBW on 2 by umpire CK Nandan. The batsman was seen gesturing angrily and showing his bat to the umpire as he walked away. Replays showed that the umpire had missed a big inside edge.

“Rohit Sharma, the Mumbai Indians captain, was reprimanded by the match referee for showing excessive, obvious disappointment with an Umpire’s decision during his team’s contest against the Kolkata Knight Riders at the Wankhede Stadium,” said an official statement.

After the match, Sharma admitted to the Level 1 offence according to the IPL Code of Conduct for players.

Sharma is not in the peak form of his life and just after he recovered from his injury he has set himself for playing the IPL but it does not seem fruitful for the young personality to cope with the conditions that he has been out of the Indian Squad since long.

As we all know that Sharma is the key player for the Mumbai Indians and also one of the key players for the team he has shown up many at times whenever the team required his presence and in this sort of scenario where he is trying hard to be back in form and one wrong decision by the umpire took away his wicket and drafted his way towards pavilion.

Though this sort of behaviour is never promoted in the game of cricket as we call it the gentleman’s game, hope to see some clear and respectful matches in the left edition of this IPL

FOR FURTHER UPDATES KEEP YOURSELF TUNED TO SPORTSLIBRO.COM 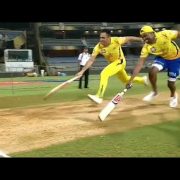