The inventor of “Dilscoop” Tillakaratne Dilshan will end his 17 year old international cricket career after he completes the ongoing series against Australia. In 2013 he had already quit the test format but now he made up his mind to conclude the career as a player.

The 39-year-old right hander is well known for his unusual strokes and fans named it “Dilscoop”, debuted against Zimbabwe in 1999. Since his debut, he played a total of 87 Test matches, 329 ODIs and 78 T20Is.

He has a wonderful record of runs in his career, considered to be the 11th batsman as well as the fourth Sri Lankan to cross 10’000 runs in ODIs and in T-20s is the second man to score a hundred for his team after Mahela Jayawardene. He became successful in attaining this achievement in 2011 when he summoned 104* in Pellekele against Australia and gained the nickname of Mr. Pellekele after his tremendous performance. He has been spectacular in ODIs after taking retirement from Tests.

His career statistics say that the player scored a total of 5,492 runs in 87 Tests and 10,238 runs in 329 ODIs where as 1,834 runs in 78 T20Is, which could be termed as magnificent. Dille gained 990 runs of 25 appearances in 2014 and his best performance came the following year where he smashed 1,207 runs in the exact same number of games. His highest number of scoring runs of 161* came in the year against Bangladesh during the World Cup session.

His team-mates, Jayawardene, Sangakkara and others feel that they are honoured to spend their time with one of the greatest players of the world. 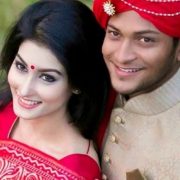