Cricket News: KKR bowling coach Heat Streak says there will be some changes on the KKR game plan when they will take on Sunrisers Hyderabad on this Saturday at their home ground Eden Gardens, in their last match this team’s much warble bowling attack fails to defend 200 plus score against CSK.

VIVO IPL 2018: Heat Streak hints for some changes in the game plan against Hyderabad.

The former Zimbabwe pacer said: “I think you will see some tactical changes from DK (Dinesh Karthik) in the next game”

“it (match against CSK) was a tough performance. We got to learn from those mistakes and make sure we come back strongly here. We just need to put our collective bowling performance in our next game.”

When in Bengal, bend it like Beckham.
ðŸ“¸ from a light game of âš½ at the #KnightCamp.#KKRHaiTaiyaar #IPL2018 pic.twitter.com/xuODZwVHcz

“we went in for too many runs in the Powerplay which was hard to pull back at the end.”

“Our spinners bowled really well in the middle, but we had a couple of costly drop catches,

The new KKR member Vinay Kumar concede some runs in his first two matches for his new franchise, but Heat Streak is sympathetic towards him, he voiced: “He (Vinay Kumar) won’t be the first, or the last bowler who could not defend runs in the last over,” he said. “He had his plans right but it was just the execution part where he failed,” Streak said. But he also had a word of caution for the Karnataka pacer. “If you’re bowling at 125-130kmph, you need to be more accurate with your line and length as your margin of error is less then,”

Streak also voiced KKR missed the Aussie pacer Johnson in their last match as the pacer has some niggles,

He concluded: “I think he would be good for the next game,”

“We are going to have a look at him (Johnson) and our combinations. We have got some options available and will look at it. But that doesn’t necessarily mean we will change. It might be more changing the combination of how we use our players,” 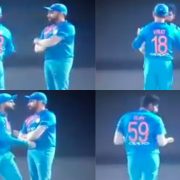 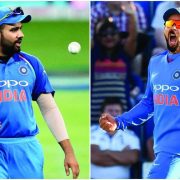