The dates for the much awaited series between India and Australia has been fixed by Cricket Australia (CA) & Board of Control for Cricket in India (BCCI) on this Friday. The upcoming series is going to start from 23rd of February at the MCA stadium in Pune.

The lively atmosphere will than change its direction towards the southern part at M Chinnaswamy Stadium in Bangalore from 4th of March and will end up its 3rd  match in Ranchi at 16th of March, followed by the last and final match at Dharamsala from 25th of march..

Above is the schedule as per team Australia is touring in India and will come up with some action packed performance very soon.

Both the teams will be clashing hard and stiff to conquer the series and make their nations proud, as we all know it has always been a high intensity match between the two teams.

And it will also be a tough ask for the Captain Kohli  to show all he has got against the Aussies and prove his reign with yet another landmark. 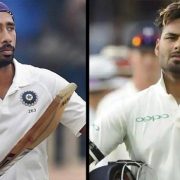