The 11th edition of the IPL is almost half way down the line. This season we have seen some great performances from veterans like Chris Gayle, Shane Watson and Mahendra Singh Dhoni. There have been some classy batting from the likes of Suresh Raina, Ambati Rayudu and Nitish Rana.

The new found spinner Mayank Markande along with Rashid Khan has topped the wicket-taker list among the spinners. While pacers like Trent Boult, Siddarth Kaul and Umesh Yadav have troubled the batsmen with their variations.

One of the most devastating openers the IPL has ever seen is undoubtedly the West Indies batsman Chris Gayle. He has scored a total of 3878 runs from 105 matches with a strike rate of 151.84.

He has 6 centuries and 23 half-centuries until now and his highest score is 175 not out from 66 balls, which he made in 2013 while playing for Royal Challengers Bangalore against Pune Warriors India.

Initially bought by Kolkata Knight Riders, his devastating form started when he changed sides with Bangalore in 2011. He is currently playing for Kings XI Punjab and has scored 252 runs in just 4 matches.

He is one of the naturally gifted batsmen and the most successful captain in the history of IPL. He played for Deccan Chargers Hyderabad from 2008 to 2010 and was instrumental in Deccan’s winning campaign in 2009.

The run machine and the skipper of the Indian National team is a must in this squad. The no. 3 batsman in world T20 has been playing for Royal Challengers Bangalore from the very first season and has been captaining his side from the 2013 season.

His successful season till now was 2016 IPL, where he scored a record of most runs in an IPL season by smashing 973 runs in 16 matches at an average of 81.08, and became the first player to reach the 4000-run milestone in the IPL.

He is also known as Mr. 360 because of his ability to hit the ball all around the park. On his good day, he has the ability to single-handedly win the match for his team, as he can switch from classical batting to playing more innovative stroke play within moments.

The record holder of the fastest century in ODI cricket off 31 balls, the South African was bought by Delhi Daredevils and played for them from 2008 to 2010. After that he represented Royal Challengers Bangalore and has been a key player in their batting line-up.

The former captain of the national team has been the face of the IPL franchise Chennai Super Kings from the very beginning and led his team to two titles (2010 & 2011) and four runner-up finishes.

After CSK got suspended for two years, he was bought by Rising Pune Supergiants. However he returned to his former side on their return in 2018.

The West Indies all-rounder was bought by Delhi Daredevils in the 2012 auction. He later switched sides to Kolkata Knight Riders in the 2014 auction.

Muscle Russell has scored 781 runs in 41 matches with an incredible strike rate of 180.78 and has taken 33 wickets so far.

The current all-rounder in all three formats of the game is well known for his aggressive batting, controlled bowling and athletic fielding.

Having played for Kolkata Knight Riders from 2011 to 2017, he currently shifted to Sunrisers Hyderabad in the 2018 auction.

The mystery spinner from West Indies has been Kolkata’s no. 1 spinner from 2012. From the 2017 season, he sometimes opened the batting and has scored some quick-fire runs, which included the joint-fastest IPL fifty in just 15 balls.

The 18-year-old wonder boy from Afghanistan had a fairytale journey, from playing tennis ball cricket in the streets to being bought by Sunrisers Hyderabad for Rs 4 crore in the 2017 auctions.

Until now he has played 21 matches in the IPL and has taken 26 wickets with an economy of 6.81.

The right-arm medium-fast bowler is very effective in swinging the ball both ways and can also be a useful lower order batsman. He has played for Royal Challengers Bangalore (2009-2010), Pune Warriors India (2011-2013) and is currently playing for Sunrisers Hyderabad from 2014.

The 24-year-old Indian pacer is best known for his pitch-perfect yorkers and his ability to ball in the death overs. He has been the member of Mumbai Indians from 2013. 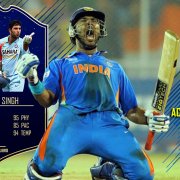 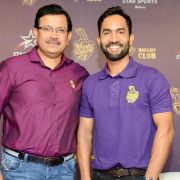