South African pacer is no more injured, he will be seen in different avatar in the upcoming series of two test matches which will be played against New Zealand. Steyn’s fans are eagerly waiting to see the pacer plucking stumps with his style of bowling.

The pacer picked up a number of injuries, he gained a groin injury last year in India which led him to sit outside the ground in the test series and currently had recovered from that. A shoulder injury too followed shortly after that. Belived to be fit for matches, Steyn will return with vengeance but he can cope up to 18 overs a day.

"If I must be realistic about it, running in and bowling 145kph all day when you haven't done it for a long time is going to be really tough, objective number one is to get through 18 overs a day, maybe dropping in pace, but being as effective as possible. 140 is going to be enough.” said the 33-year-old South African pacer.

"As I recovered from one (injury), I broke down on the other one and its only because I was going from 0 to 100 way too quickly. If you look at your fast cars, Ferraris, they always tell you drive it to 1000 kays (kms) before you hit 200-plus. I obviously didn't put in 1000 kays, I was just trying to hit 200 and then I bust the shoulder. There's going to be a day when I can rev it up to 145 and maybe even 150 but we've got somebody like KG (Kagiso Rabada) who can do that now."

"Hopefully we can get into the top three and then maybe one day be No.1 again. We have the potential but it's hard. It's going to be a process of two or three years of winning series and winning them convincingly." added Steyn. 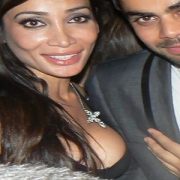