The Sunrisers Hyderabad are doing extremely well under their captain Kane Williamson as they currently sit at the top of the league table of the 11th edition of the Indian Premier League.

VIVO IPL 2018: It is impossible to replace Warner, says Williamson

David Warner was originally elected as the captain of the Hyderabad team, but later he was replaced by Williamson because of his involvement in a ball-tampering incident during a test match against South Africa in March.

Warner was banned from playing cricket by the Cricket Australia for one year. Recently in an interview, Williamson said it is impossible to find a replacement for Warner, who is one of the explosive batsmen when it comes to T20 cricket.

“I don’t think it’s a matter of replacing David Warner. I think that’s probably an impossible thing to do. He is one of the best T20 batters in the world and for this franchise in the last few years,” said Williamson.

The entire Hyderabad team have overcome the loss of Warner and have found success under their new captain as they currently lead the IPL table.

“It’s nice to be on top of the table. But at the same time, I mentioned a number of times that we want to keep seeing those improvements, keep adapting to the different surfaces that we would be faced with in every game,” said Williamson.

Williamson has been great both as a captain and as a batsman, as he is trying to contribute to the team’s cause in every way possible.

The captain has also applauded the performances of his teammates including Shikhar Dhawan, Rashid Khan, Siddarth Kaul and Wriddhiman Saha.

Hyderabad, who are eyeing for a place in the playoffs, will face Royal Challengers Bangalore, a team which has been struggling all throughout the season, on Monday.

Speaking of their opponents, Williamson said, “The RCB side, they are fantastic. There are number of teams in the competition that haven’t come away with wins like they would have wanted to. A lot of those teams have lost really close games and things can be very different in T20 cricket. We know they are a very strong team with some of the best players in the world.” 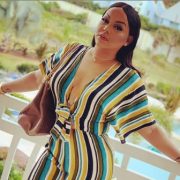