Sourav Ganguly is one of the most recognized and loved cricketers in the cricketing fraternity and is affectionately known as ‘Dada’. Here you can get to know about the iconic Sourav Ganguly House and about his networth.

Very few people have lived a childhood which the former Indian cricketer Sourav Ganguly had. The ‘Prince of Kolkata’ literally lived his childhood in a big bungalow like a prince. His house wasn’t a mere 2BHK apartment. Rather Sourav spent his childhood in a palatial bungalow which had 40 bedrooms right in the central region of Kolkata. 2/6 Biren Roy Road, Behala, Kolkata – 700 008 is the tiger’s den and the abode of Maharaj.

The exterior and the interior of the house give it a royal appearance. A separate room is allocated in the house to keep all the awards and trophies which Ganguly has received all through his career.

The portrait of Ganguly’s late father, Mr. Chandidas Ganguly, also resides in the same room. The house also boast of a concrete cricket pitch which was made for Sourav and his elder brother Snehasish to practice cricket.

Sourav is emotionally attached to the house and has always revealed that whenever he steps into the surroundings of the house, it gives him a feeling of comfort.

The left-handed batsman and part-time all-rounder was also known as the ‘God of offside’ because of his ability to find gaps and score boundaries through the off-side. 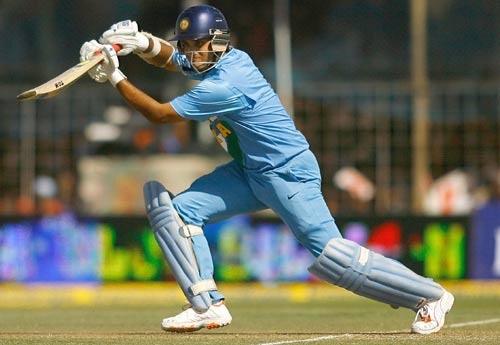 He has captained the Indian side from 2000 to 2005 and was an aggressive and most successful Test captain of India. During his tenure India’s rank rose from eighth to second in ICC Test rankings. He even captained India to the 2003 World Cup final where they lost to Australia.

He was born on 8 July 1972 in a wealthy family in Calcutta and was the youngest son to parents Chandidas Ganguly and Nirupa Ganguly. 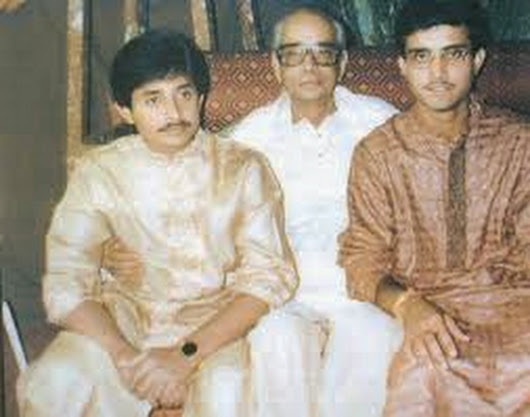 Chandidas Ganguly had a flourishing printing business and was one of the richest men in the city. Sourav’s childhood was also spent in luxury and he was nicknamed ‘Maharaja’ meaning the ‘Great King’.

As the favourite sport of most of the people in Calcutta is football, Ganguly was became initially attracted to the sport and started playing too. 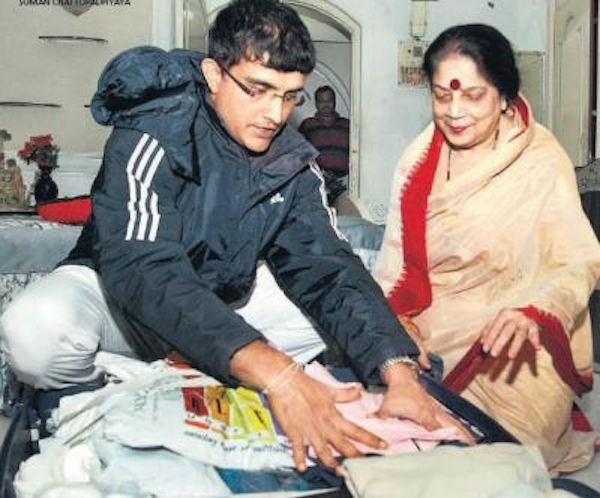 However studies came in between his love for sport and moreover his mother Nirupa did not want his youngest son to get indulged to any type of sports.

It was Sourav’s elder brother, Snehasish Ganguly, who supported his younger brother and encouraged him to take up cricket as his profession.

Ganguly eloped with his childhood sweetheart and neighbour Dona and they secretly got married. In February 1997, both the families accepted each other after a lot of turmoil. On 3 November 2001, the couple was blessed with a daughter whom they named Sana. 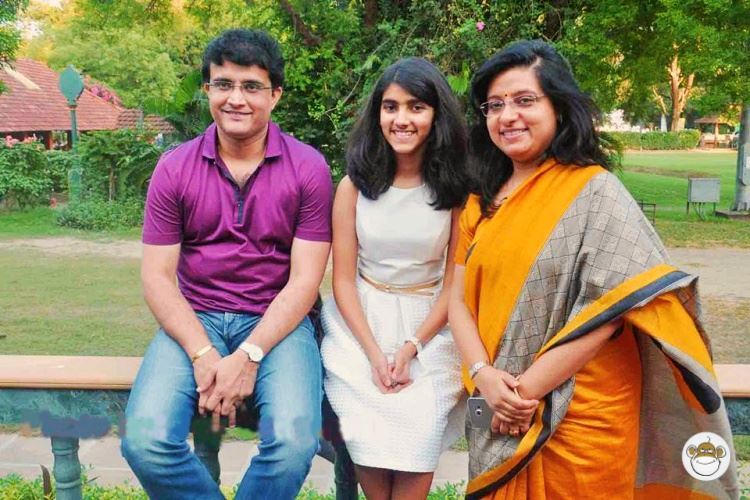 Although Sourav might have retired from active life on the field, he still holds a number of key positions off the field from which he draws a handsome salary like a full time employee. 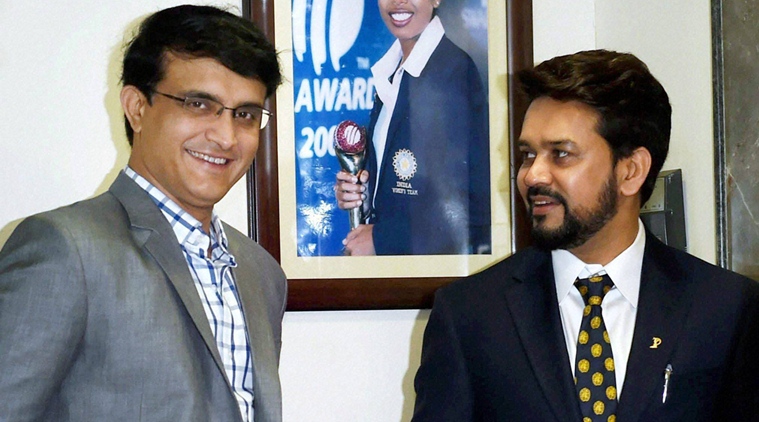 Apart from that he is among the four-member board appointed by the Supreme Court of India to head the Indian Premier League’s (IPL) Governing Council and be responsible for all the functions of the tournament. For this he is paid more than â‚¹10 lakhs per year.

Sourav Ganguly also works as a commentator and gives his analysis during matches whenever India plays any international matches or during the IPL tournament. 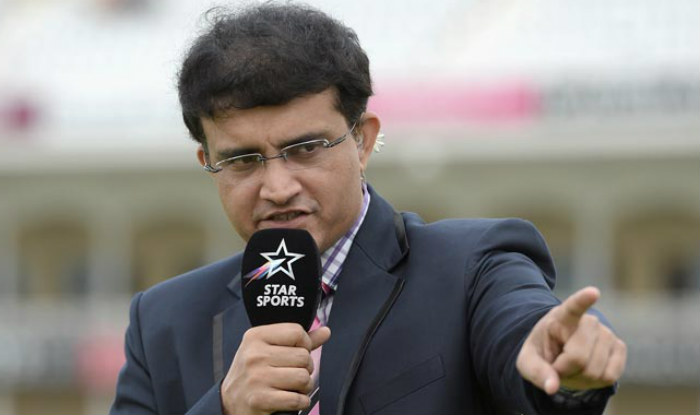 As a Bengali, he has an immense love for football and had used to play the game before becoming a cricketer. So when the franchise tournament for football, Indian Super League (ISL) was announced, Sourav became the co-owner of Atletico de Kolkata, an ISL club based on the city of Kolkata.

Sourav Ganguly is one of the main shareholders of ATK and the club has won the championship twice already in the four-year history of the tournament. 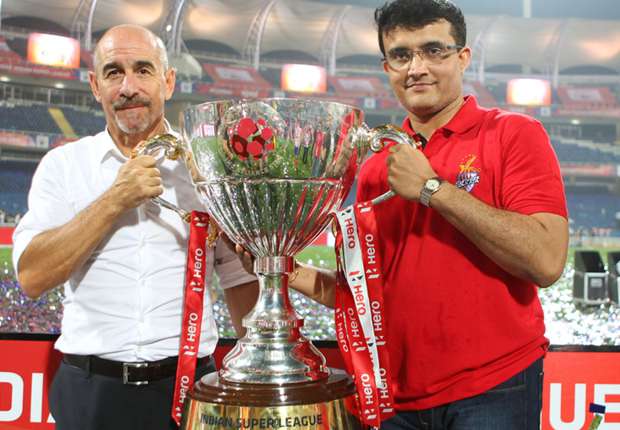 After showcasing his skills on the field, Ganguly took to the television to host a Bengali reality show named ‘Dadagiri’, which is telecasted mainly in the eastern part of India. 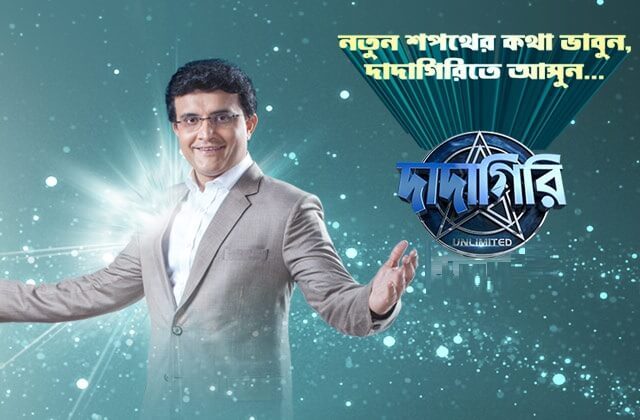 Sourav charges almost â‚¹1 crore per week for hosting the show. Apart from that his brand value also increased when he successfully hosted the Bengali rendition of the popular show ‘Kaun Banega Crorepati’. 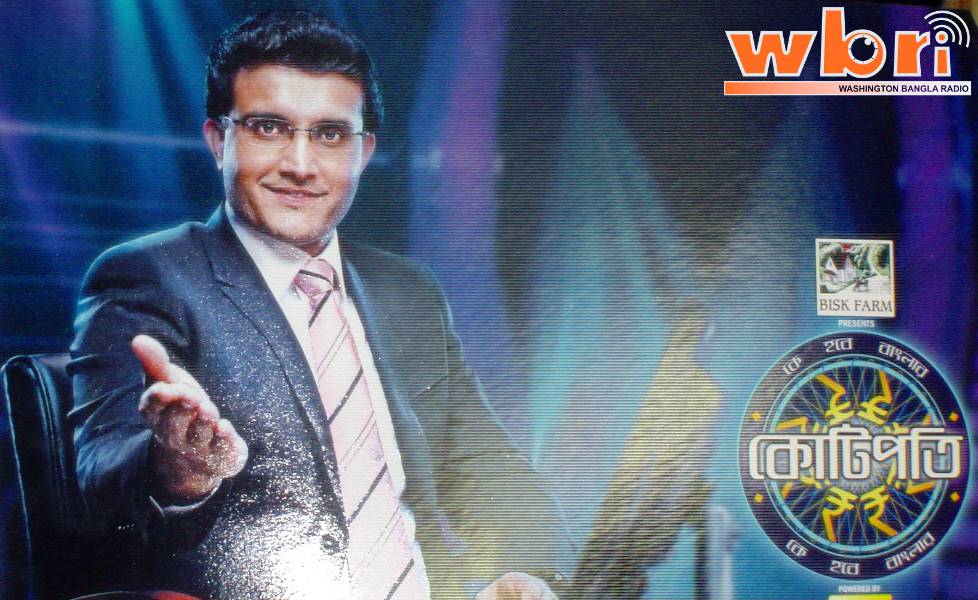 After retiring from cricket, most of Sourav Ganguly’s income comes from endorsements, as Sourav endorses for a total of 11 global, national and regional brands.

He earns more than â‚¹1 crore from the DTDC campaigns as he is the brand ambassador of the company. He also receives a nice amount of sum from companies like Tata Tetley, Puma, Essilor Lens and Senco Gold. 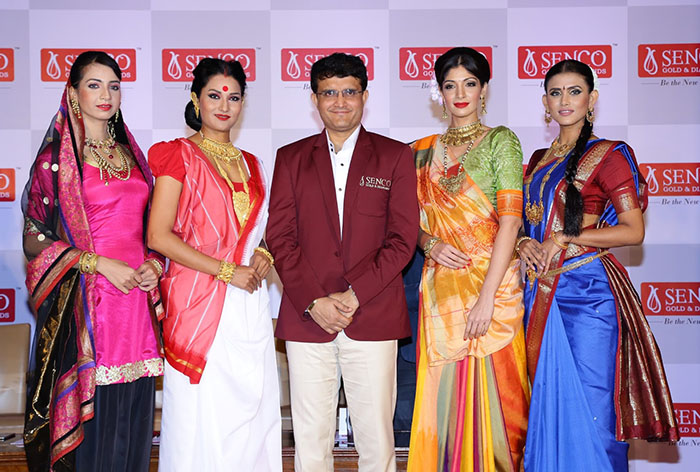 Apart from that reports suggest that the sportswear brand Puma pays Ganguly an annual sum of â‚¹1.35 crore. It is reported that Sourav charges around one crore rupees per year for any endorsement for any brand. 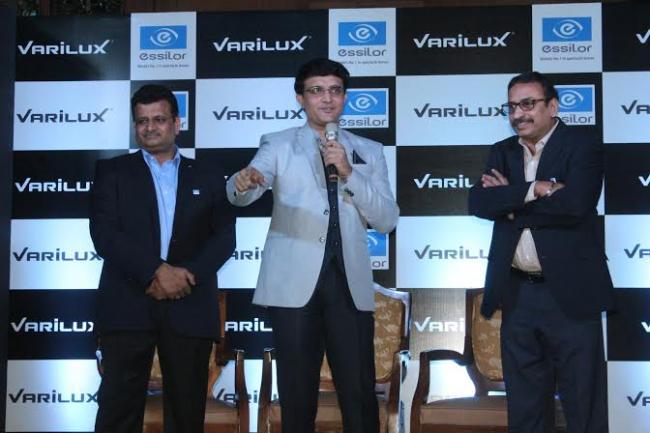 Ganguly has retired from sports a long time ago but he still manages to remain a highest paid athlete at present. He remains connected with public often and as a result it won’t be surprising if he demands 20-30% more above the current price in coming times.

Ganguly currently has a net worth of approximately $55.5 million and his brand value is likely to increase 150-160% in the next 12 months. 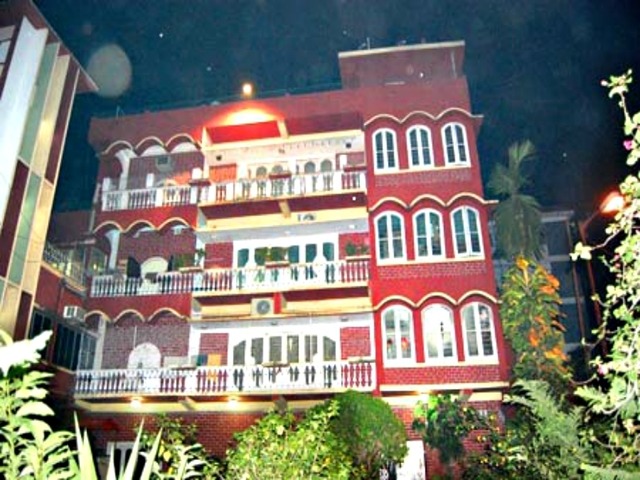 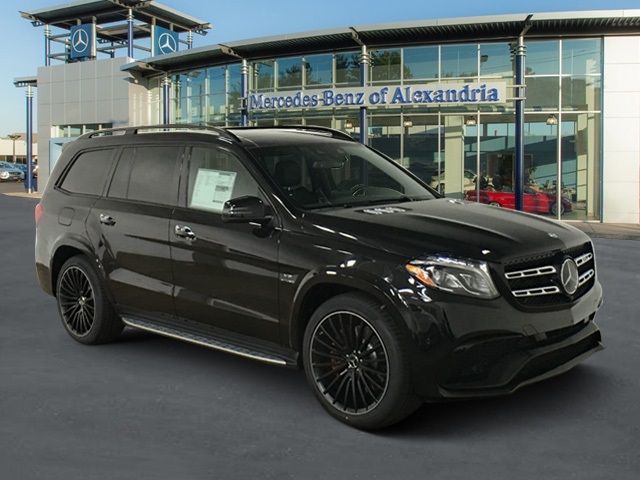 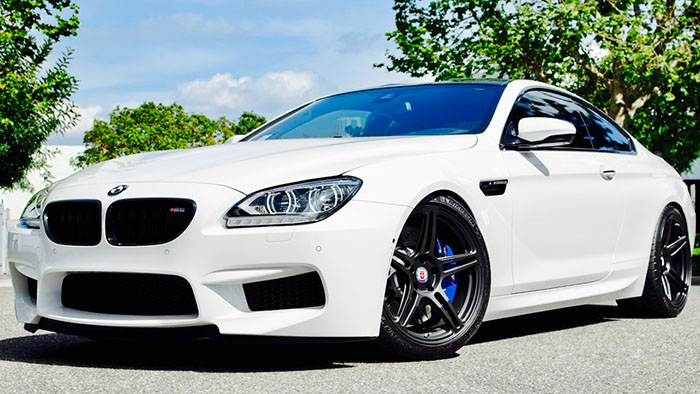 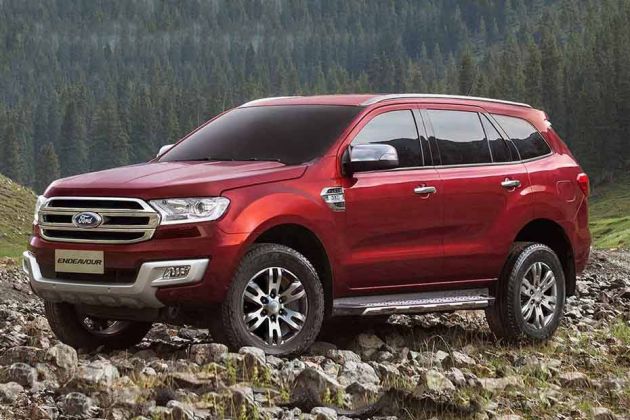 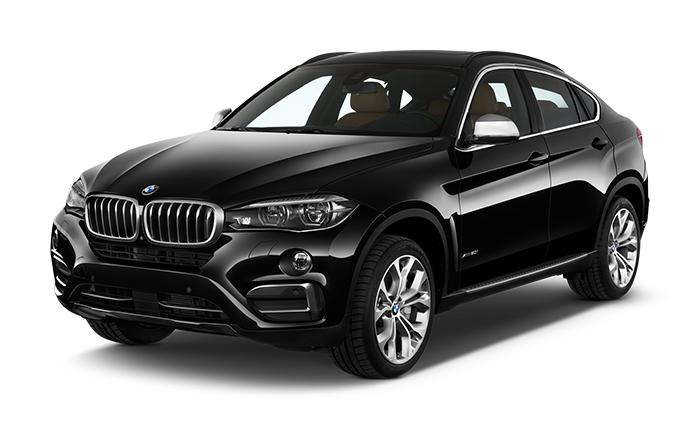 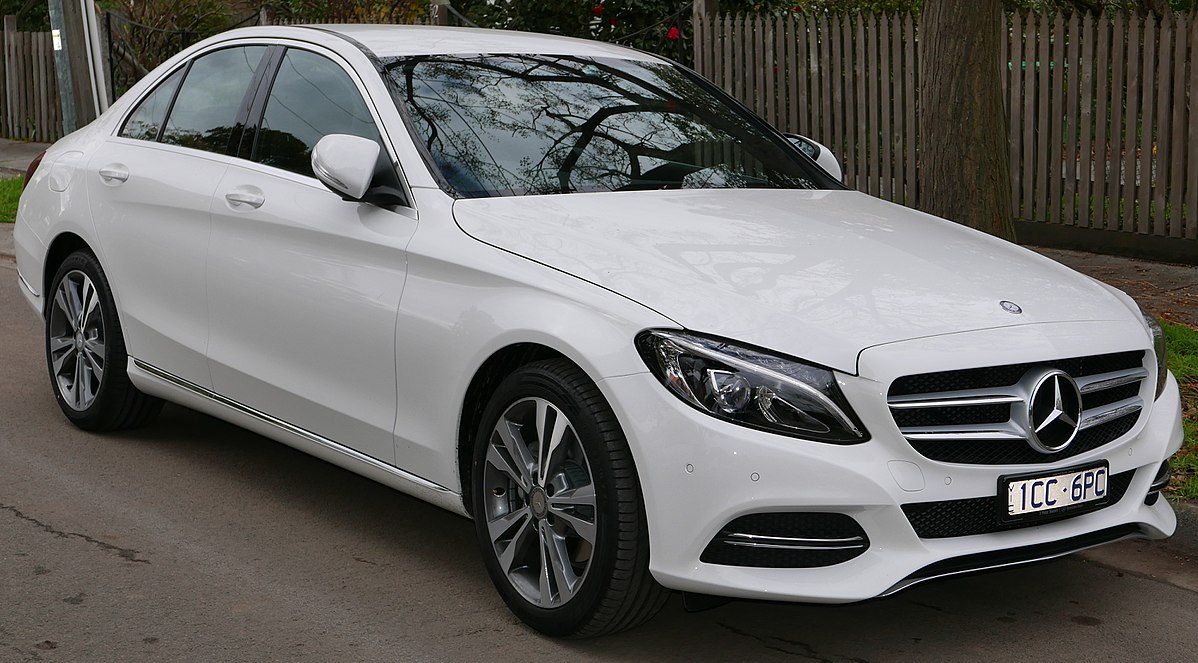 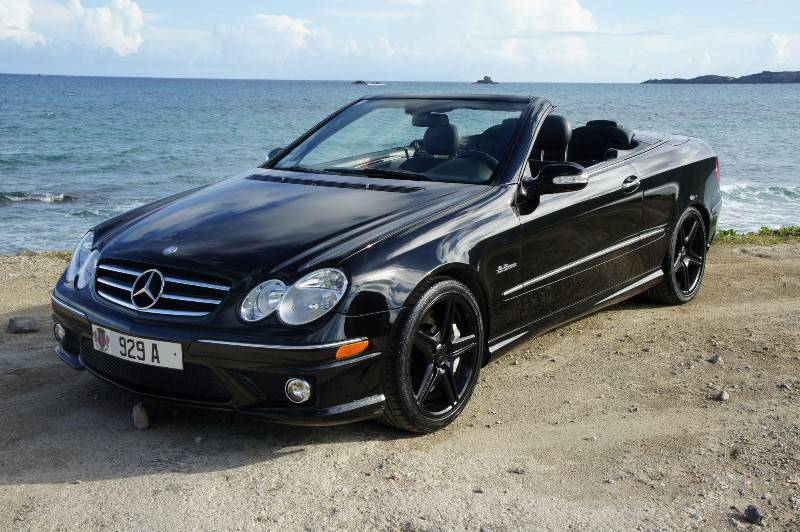