The Don or we can say Sir Donald George Bradman was an Australian cricketer and referred as the most successful batsman in the world of cricket, in the white ball game Sir Don Bradman has the batting average of 99.94 has been cited as the greatest achievement in any major sports by any individuals.

Sir Don Bradman was born on 27 August 1908. The greatest cricketer of all time suffered from “a discernible and not unexpected wilting of spirit” after his wife’s death in 1997. In December 2000 he was hospitalized with pneumonia. On 25 February 2001, at the age of 92, Sir Don Bradman passed away.

The reason why he was called ‘Sir’ was that he was appointed Knight Bachelor during the 1949 New Year Honours. This honour was given to him because of his services towards the game. He is also the only Australian cricketer ever to be knighted.

At his young age Sir Don Bradman went to watch the Fifth Ashes test match between Australia and England at Sydney Cricket ground, and at that day he told his father until he played on this ground, he will not be satisfied.

In the year of 1922 he start his work for a local Real estate company during that time period his agent gave his some time off because of his pursuit for cricket, but after few months of that Sir Don Bradman gave up on cricket for lawn Tennis but he started playing cricket in 1925 again. 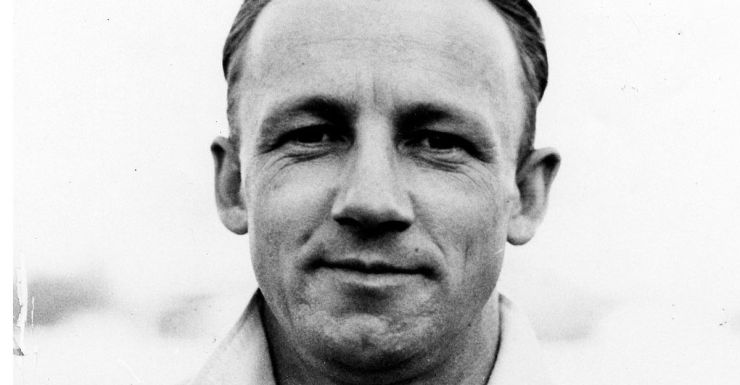 He was a star performer in the Boy of Bowral, and because of his wonderful performance in the Boy of Bowral he got selected in the NSW team to replace the injured Archie Jackson, at the age of 19 he made his first class cricket debut at Adelaide Oval, and on his first innings he scored a magnificent ton, and in the final match of the season he made his first century at the Sydney Cricket ground but it was hard luck for Don Bradman despite putting up such wonderful stats in that season he did not register to enlist his name in the Australian second team against New Zealand.

In his first test match he has find some rough learning experience, Australia end their innings on just 66 runs In the second innings and lost that match by 675 runs, in the second test he scored 18 and 1 and because of that selectors drops him out from the squad, in the third match in place of Injured  Bill Ponsford he got selected in the team and he is the youngest player to score a ton in the white ball game.

Besides being remembered for many of his on-field heroics, Sir Don Bradman was also an interesting character. Given below are the 10 interesting incidents that had happened with the great Aussie legend 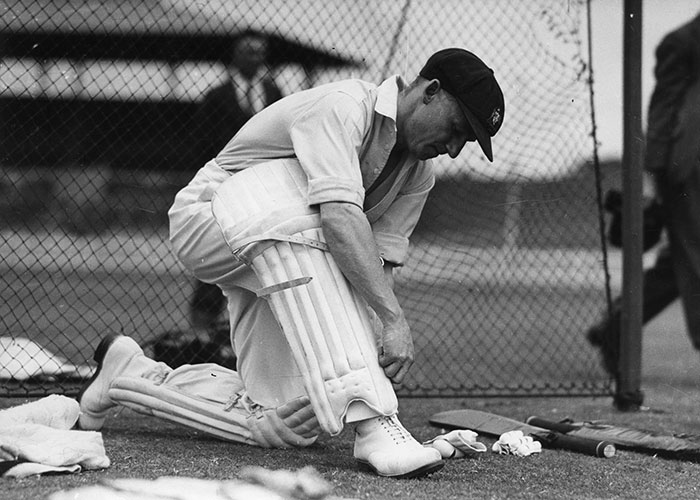 Bradman made his first class debut at Adelaide for New South Wales on December 16, 1927 where he scored 118 runs. But two days before that match, he featured in a one-day match for the NSW Sheffield Shield against a local team, Broken Hill.

Eventually before the match, Bradman was selected as the 12th man. But due to an injury to Archie Jackson, he got selected in the playing XI. The match was supposed to be played on a concrete pitch.

According to Arunabha Sengupta’s statement in Cricket Country, “Bradman tested the concrete pitch. The sprigs on his cricket boots made him slip. He tried to adjust but could not quite manage to maintain his balance. Hence, when the second wicket fell, he walked in wearing his civilian shoes.”

2. Sir Don Bradman once scored a hundred in just 18 minutes 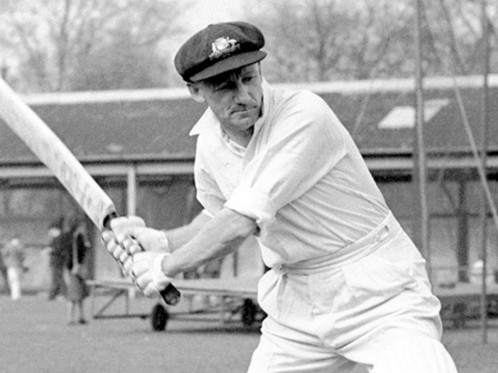 In November 1931 in a game between Blackheath and Lithgow, a Lithgow off-spinner came to bowl. He had previously bowled to Bradman earlier in that year, but Bradman did not remember him.

So Bradman asked the wicketkeeper, “What sort of bowler is this fellow?” The wicketkeeper replied, “Don’t you remember this bloke? He bowled you out a few weeks ago and has been boasting about it ever since.” Bradman replied, “Is that so?”

3. The spectators also became tired along with the opponents 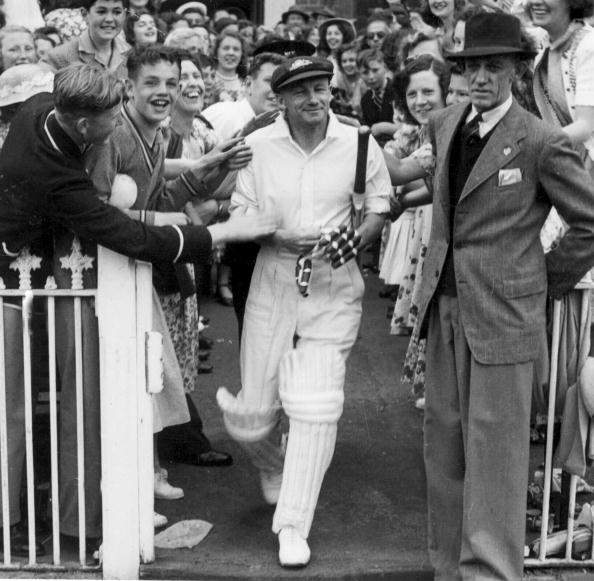 Bradman had scored three double centuries against Worcestershire and in 1934 when he scored his second double ton, an innings of 206, a frustrated spectator screamed out, “Give him 300 and ask him to go out!”

Even long before that incident, four years ago, he had scored the then highest first-class score of 452 not out for NSW against Queensland. It was believed that a lady Queensland supporter frustratingly said, “Why don’t they let someone else have a turn? I am sick of looking at him.”

While speaking about Don Bradman’s incredible batting, Arthur Mailey once said, “Breaking through his defence is even more difficult than getting clearance from the Taxation Department. I’ve tried both.” 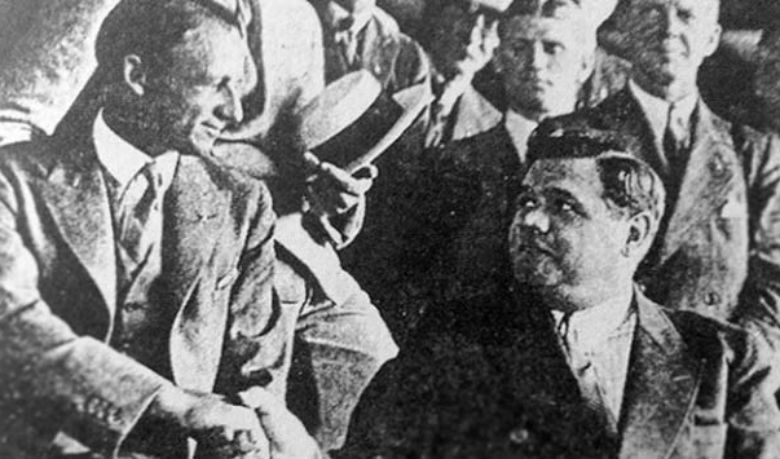 After getting married in 1932 to his beloved Jessie, Bradman went to United States to save the fading popularity of cricket in that region. There, the people of the US started calling him ‘Babe Ruth of cricket’.

When Bradman met with the legendary Ruth, the latter invited him to his private box in the iconic Yankee Stadium and started explaining to Bradman about the game thinking that the Aussie does not know anything about it.

However at one point Bradman exclaimed, “Jove! A double-play!” Upon hearing this remark, Ruth was surprised and said, “I was told to point out the tricks of the game and you holler ‘double-play’? You don’t need any teaching!”

The game of cricket is not very different from the game of baseball. Moreover Bradman used to follow baseball very keenly in Sydney and knew everything about it.

5. Watching the legend of hockey 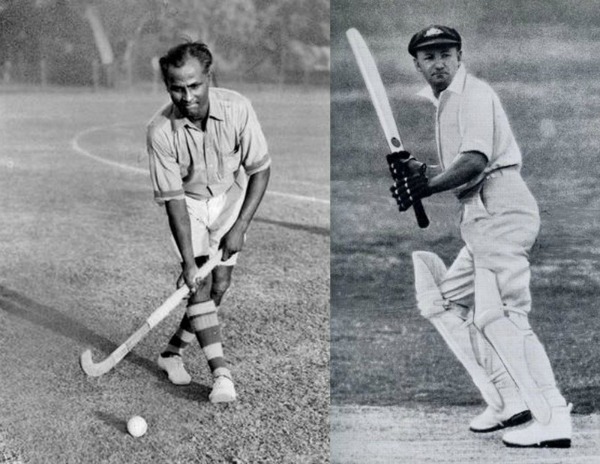 The legendary hockey player Dhyan Chand was stopped at numerous occasions by match officials to check if there was glue or magnet attached to his hockey stick. Such was the wizardry of Chand that Bradman also could not resist from watching him play live.

Before the 1936 Berlin Olympics, the Indian hockey team went on a tour to Australia and New Zealand. Upon meeting Chand, Bradman complimented him saying, “You score goals like runs in cricket!”

Dhyan Chand also considered the meeting with Bradman as one of the memorable and exciting moments of his life.

Gandhi youngest son, Devdas, was a huge fan of Bradman. While he was a working as a Managing Editor of Hindustan Times in 1948, he had gone to England for a meeting and heard that Bradman was going to play his last series.

Devdas somehow managed a complimentary pass and went to Nottingham, only to find that all the hotels and lodges were booked previously.

So Devdas somehow convinced the city’s jail warden and got a bed for himself in Nottingham County jail, and even had his meals with the convicts before the match. Moreover Devdas was not disappointed as Bradman scored 138 runs and Australia won the test match.

7. His beautiful gesture as a cricket administrator 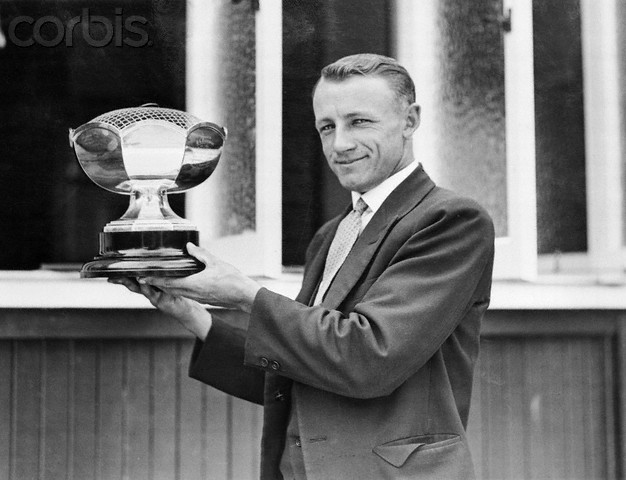 Besides having a wonderful playing career, Bradman was at the helm of Australia’s cricket administration for many years. In the 1965-66 Ashes series, the captain of Australia Brain Booth was dropped from the team for the third test. For this incident Bradman wrote a letter to Booth explaining the situation.

Never before have I written to a player to express my regret at his omission from the Australian XI. In your case I’m making an exception because I want you to know how much my colleagues and I disliked having to make this move.

Captain one match and out of the side the next looks like ingratitude, but you understand the circumstances and will be the first to admit that your form has not been good.

I sincerely hope that your form will return quickly and in any event assure you of the highest personal regard in which you are held by us all and our appreciation of the way you have always tried to do everything in your power to uphold the good name and prestige of Australia.

8. When Sir Don Bradman faced Thomson at an old age 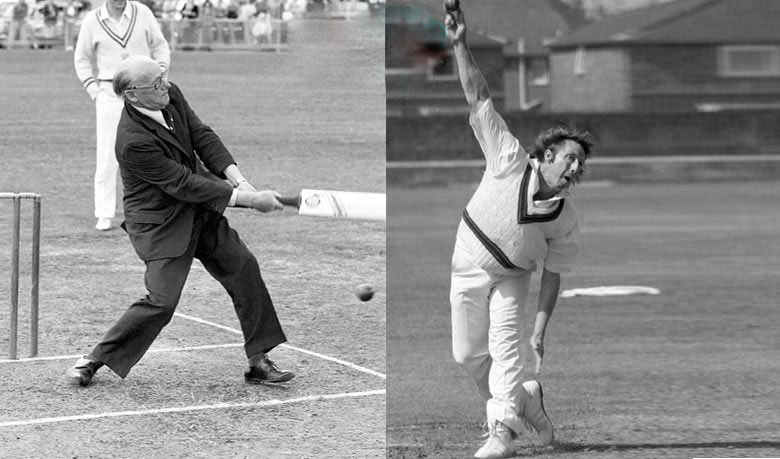 Jeff Thomson was known for his pace bowling and many players feared to face him. But that was not the case for 68-year-old Bradman, who faced him even after 30 years of his retirement.

It was a rest day during India’s tour of Australia in 1977-78. The then Indian captain Bishan Singh Bedi described the incident saying, “What we saw was sheer magic. The grand old man’s positioning was impeccable. And he was without any pads or gloves or the damned box. Thommo let one go on the leg and middle and was promptly on-driven effortlessly.” He then said the bowler, “This will teach you to have a mid-on for me, son!”

Later in an interview with Espncricinfo.co, Thomson also narrated the incident. “I was bowling only leg-spin to him, but he had a couple of young blokes trying to get him out. With no pads, no nothing … for a 68-year-old, he belted the hell out of them on a turf wicket. And he hadn’t batted for 20 years. I went back in and said, ‘Why isn’t this bastard playing with us tomorrow?’ That’s how good I thought he was.” 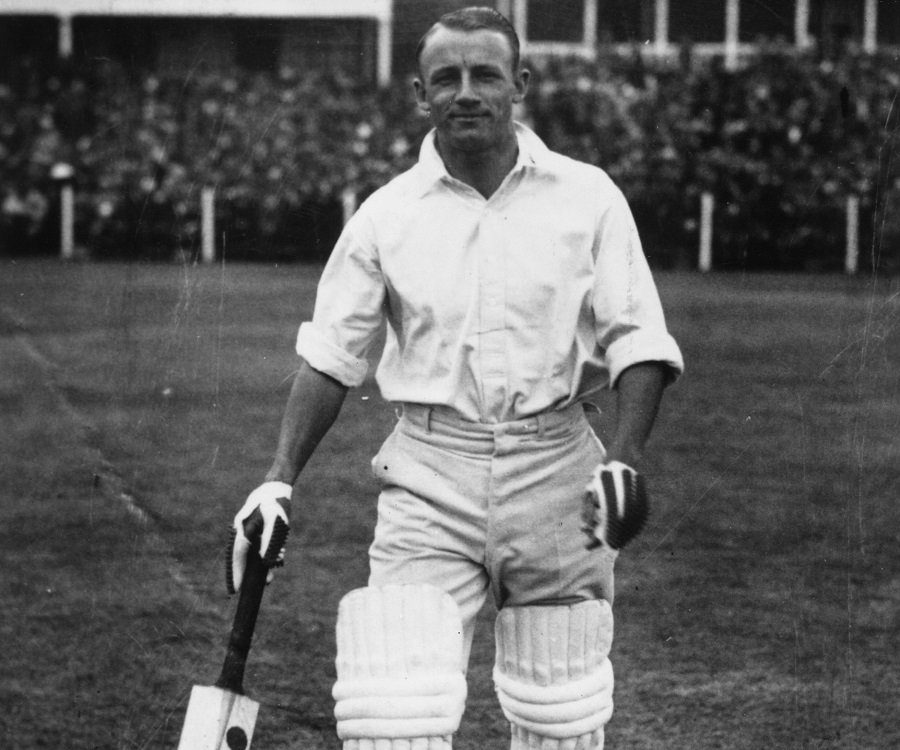 Australia were facing West Indies in February 1989 at Adelaide, where the home team were 383 for 8 when Merv Hughes came in to bat. Hughes was not known for batting, yet he managed 72 runs and added 114 with Dean Jones for the ninth wicket.

Later Bradman along with the Australian team went to the West Indies dressing room with cartons of beer. All but Patrick Patterson greeted and showed respect to 80-year-old Bradman.

There was silence in the entire dressing room when suddenly Bradman replied, “You couldn’t even get Merv Hughes out. You’d have no chance against me, mate!” 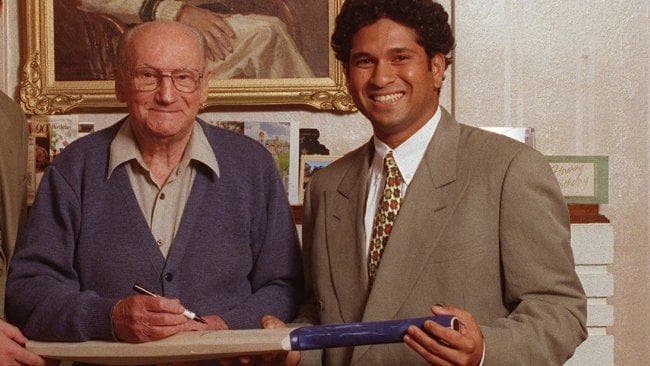 Having seen a bit of himself in Sachin Tendulkar, Bradman invited him along with Shane Warne on his 90th birthday in 1998. When the former legend and the yet-to-be legend met, they discussed on Bradman’s batting average.

In an interview with The Guardian, Tendulkar revealed the incident. “We [Tendulkar and Warne] went to see him on his 90th birthday. It was very special. We were talking about averages and I said, ‘Sir Don, if you were playing today, what would you have averaged?’ And he said, 70 probably.’ I asked, ‘Why 70 and not your actual average of 99?’ Bradman said, ‘Come on, an average of 70 is not bad for a 90-year-old man.”