The squad of the Mumbai team for the semi-final of the Vijay Hazare Trophy will be boosted strongly when Ajinkya Rahane and Prithvi Shaw joins the squad.

Cricket news: Both the players were busy playing against the Windies in the Test series

Rohit Sharma was brought into the side especially for the knockout stages of the tournament. And when these two players, who were busy playing in the Test series against the Windies, will also join the squad.

The 18-year-old Prithvi debuted in the first Test at Rajkot and became the series’ leading run-scorer and eventually received the Man of the Series award. With these three capped players, Mumbai’s batting unit will become a potent threat in the semi-finals of the tournament.

Rahane finally came into the run spree in the second Test at Hyderabad while Rohit and Prithvi are already in spectacular form.

Rohit remained unbeaten on 33 against Bihar as Mumbai defeated Bihar in a one-sided quarter-final by nine wickets at Bengaluru’s Just Cricket Ground Academy.

Former Indian pacer and Mumbai’s chief selector Ajit Agarkar has confirmed that all the three players will be available for the semis.

Shaw was part of the team in the initial part of the tournament before moving to play for the country. The semi-finals will be held on 17 and 18 October.

The five-match ODI series against the Windies will start from 21 October and is scheduled to be played at Guwahati where Rohit Sharma is named the vice-captain for the first two ODI matches of the series. 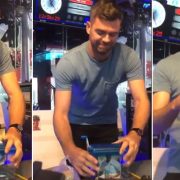