Cricket News: In the recent past the Right handed Manish Pandey spoke about his batting position in the Indian Squad, he is ready to bat up in any position as per the team is required. After making his debut for the Men in Blues in 21015, he batted in the 4th,5th and in the6th position for India.

India Cricket News: Manish is flexible to bat at any spot for the Men In blues.

While Manish did not able to solidified his spot in the Indian ODI team, it’s a mammoth task for his to warm the bench  for the majority of ODIs,  he did not get chance in team India’s last assignment against the Porteas in the land of rainbow, but in the  T20 series against the Proteas he has made his spot in the team and scored 29*, 79* and 13 in three matches. Also in the Nidahas trophy he has made 134 ruins for men in Blues in his 4 Innings.

In an interview with TOI, he stated: “When you bat at No. 4 in ODIs, on many occasions you get about 30-35 overs in the middle. At No.5 it is around 20-25 and if you come lower down, the time in the middle is very less. It is a challenge to adjust and move in that fashion. That said, I will bat at whatever position the team requires me to. I just go out there and do what I’m expected to,”

Asked to how he stayed motivated after not getting selected for the ODI’s, he answered: “It is tough because you know when you are batting well. Also when you are waiting for your chance you don’t know which game you’ll get a chance. But given the competition in the team there was nothing I could do. So, I focused on doing things which were in my control – like training, working on my fitness. It is mentally disturbing but that is part of team sport. That said, sitting out is not something I like.”

You will never know your limits unless you push yourself to them #Tuesdaythoughts pic.twitter.com/deBjUxpClz

Last year Manihs got selected in India’s champions trophy squad in England but because of his injury he ruled out of the tournament but after his recovery he proves his metal for India A against the Proteas A team.

He said: Sitting out of Champions Trophy due to an injury was hard on me. But I had no option. I didn’t make it to the West Indies series after that as well since I wasn’t fully fit. The India ‘A’ tour was a good tournament. We won the series and I was the highest run-getter. It was a confidence booster to know that I am back in form after an injury lay-off,”

In his ODI journey it has been a kind of a mixed performance for Manish pandey, he got the spotlight when he smashed a ton against the Aussies in 2016, but after that some inconsistency axed him out of the ODI squad, so far he has played only 22 ODI matches for team India where he scored 432 runs with an average of 39.27, and he has two ODI fifties and one ODI ton to his name.

Manish elucidated: “I’m getting better and I’m taking one game at a time. The last couple of tournaments have been good for me. Whenever I’ve got a chance I’ve tried to stay at the wicket for a longer period of time. I believe one of my strengths is to play the anchor role in the middle, especially since I’ve been batting at number five. That has been working for me,”

On this eleventh edition of IPL Manish will play his cricket for the  Sunrisers Hyderabad, they have brought him for 11Crs from the mega auction.

Panday concluded: “It was an inevitable change. I am looking forward to playing for Sunrisers Hyderabad because it is a good team with good people. I think it will be nice to learn something new from a different franchise. I’m looking forward to working with (VVS) Laxman bhai. He has been helping a lot of players, so I see this as a good opportunity to go and learn from him,” 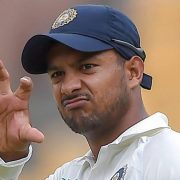 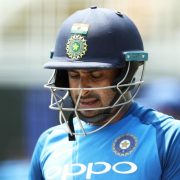