Having played 10 matches in the 11th edition of the Indian Premier League, both Kings XI Punjab (KXIP) and Kolkata Knight Riders (KKR) now face an uphill task to reach the playoffs.

Cricket News: KXIP had won the previous rain-shortened encounter. Can they replicate that win or will it be KKR’s time

Both the teams are in such a condition that a win could enable them to challenge a top-two finish, while a loss can leave their efforts to reach the knockout stage in complete jeopardy.

Punjab will have to play two back-to-back matches in their adopted home ground Indore, before they travel to Mumbai and Chennai.

Before their hectic schedule starts, the penultimate home game against the Kolkata Knight Riders will hold a huge amount of significance.

The two teams are currently in third and fifth position, and are sandwiching Mumbai Indians from both ends. The fate of the two home games will decide how well KXIP’s season will go next.

KXIP has been heavily depended on their top order batsmen in the likes of KL Rahul and Chris Gayle. Rahul has been top notch form, but is not well supported by the rest batsmen as was seen in the previous game against Rajasthan Royals.

Both the top order batsmen had scored a total of 782 runs which contributes to 51.5% of the entire runs made by the whole KXIP team. The heavy dependence on the top order has triggered worried faces in the camp.

The bowling department of KXIP has been great, with Andrew Tye and Mujeeb ur Rahman bowling well in the batting powerplay and in the death, while skipper R Ashwin and Axar Patel have controlled the middle overs in between.

“He (Andrew Tye) has played for various franchises and has done well everywhere. Our strength has been our bowling and we are very comfortable with the amount of effort that’s been put up by them,” said Brad Hodge, when he was asked to assess the strength of Kings XI Punjab.

Kolkata Knight Riders have been suffering from inconsistent form. They won the opening game, lost the next two, rebounded with back-to-back wins, but again lost momentum with two consecutive losses.

The pattern remained the same in the last four matches too. Moreover the team is totally shattered after their back-to-back losses against Mumbai Indians, which has left them with an inferior net run-rate.

“Our last two games haven’t been ideal. We have made it a lot tougher on ourselves. If we win three of our remaining games, that gives us a chance,” said Simon Katich who was honest in his assessment of KKR’s inconsistent season. 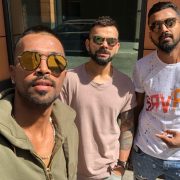 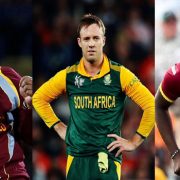