The Men in Blue under the leadership of Virat Kohli are going to a torrid time as they lost the second Test at Lord’s in the five-match Test series by a humongous margin of an innings and 159 runs.

Cricket news: The world’s richest board had answered to all the demands and given all the facilities to the team

Moreover the defeat has led to the 0-2 deficit and India has to make it up quickly as possible as the next Test will begin from August 18 at Trent Bridge in Nottingham.

In the meantime reports have surfaced that both captain Kohli and coach Ravi Shastri might be summoned by the Board of Control for Cricket in India (BCCI) to answer about the horrendous performance at the ‘Home of Cricket’.

BCCI, which is the richest cricketing board in the world, believes that they have given all the facilities and has attended to all the demands of the team, and now they have the right to question about the poor performance on English soil.

“The Indian team can’t complain that they were not given enough time to prepare. When we lost the South Africa series, the players spoke about tight scheduling and lack of practice games. It was after speaking to them that we decided that white ball matches will be held before the Tests.

We arranged white ball matches first. It was on the senior team’s insistence that we send the India A team during the same time starting the concept of ‘Shadow Tour’. Two senior India players (M Vijay and Ajinkya Rahane) were accommodated for A team games,” a senior BCCI official was quoted as saying in the Times of India (TOI).

“Whatever they wanted, they were provided. Now if results don’t come, the Board is well within its rights to ask questions,” the official added.

‘The Board is well within its rights to ask questions’ #ENGvIND https://t.co/I1SwS9C0Dq

The visiting team had run the hosts close in the first Test at Edgbaston in Birmingham, but unfortunately could not cross the line.

The second Test proved to be a nightmare for India as they could not handle the pace and swing from the English pacers.

Such was the dominating performance of the pacers that the leg break bowler Adil Rashid was not even introduced into the attack. 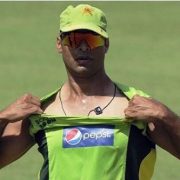