Misbah the skipper of the Pakistan cricket team congratulated the Team for an honoric 133 runs win against the West Indies in the second test and succeeding the lead by 2-0 in Abu Dhabi in a three match series.

It was a very slow pitch and even after this factors Yasir Shah managed to take a 10 wicket haul for the second time in his career and so did the pacers backed them very well and soaked all the wickets to secure a victory.

“It wasn’t easy,” Misbah said. “I mean, on wickets like that, getting 20 wickets is always a challenge, and I think the bowlers just lived up to the expectations

“They worked really hard, especially Yasir Shah (who had match figures of 10 for 210), and the fast bowlers also contributed well on this pitch, and I think that was a big achievement, getting 20 wickets on this pitch.”

Misbah also lime lighted the point by saying that since the pitch was not productive for the spinners, so he will be trying to gear up the bowlers for the upcoming test.

“I believe in, first, you just go there and assess the conditions and then, really, within your resources, (work out) how you’re going to conduct your gameplan,” Misbah said. “If you just stay in your limits and execute your plans according to your strengths, then no matter what the conditions are, you could be successful.

“In the UAE especially, you cannot really change much about your planning, because [of the] slow pitches, and it’s really tough to get wickets here, and you have to grind oppositions sometimes. That’s simply the format you have to follow.

“But when you’re playing in conditions like we did in England and we’re going to in New Zealand and Australia, obviously we need to change that. There the conditions are different. We’re looking forward (to the tours), and obviously we have to play that kind of cricket there to win.” 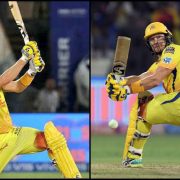