The legendary Pakistani pacer Wasim Akram accolades about the Indian captain Virat Kohli who scored another ton against South Africa on this Wednesday, the 1992 world cup winner expressed his words of praise for the Indian skipper after his 34th ODI century and he also says that it’s a treat to watch him play.get more India cricket News on Sportslibro.com.

Team Indian blanked the Proates in the last ODI match with another excellent performance, in the last match Kohli scored a magnificent 160 and the Indian bowlers also bowled their heart out and banking on that Team Indian registered a mammoth 124 runs victory against South Africa.

In the recent interview the Pakistani legend reveals that how fitness is important for any batsman in a certain stage, He thinks now Virat is a complete cricket in the cricketing world after the legendary Sachin Tendulkar, which is a great compliment for the Indian hotshot.

Akram stated: “Obviously fitness matters and at a certain age batsmen get the knack, batsmen get an idea how to get runs and I think he got the idea about 2-3 years ago how to get runs, what sort of shots to play and reading the situation,” Akram said. “He is very good at these things and have you seen his record while chasing!. He is averaging 90 in one day cricket and now he gets 160 (not out) in the first innings too (batting first vs South Africa in the 3rd ODI),

“Kohli is a treat to watch. At times when you do think or imagine if I was young and playing against Virat Kohli where would I bowl and I do feel it would be a bit difficult to bowl at him. It doesn’t matter what sort of pitch it is because he is a complete player. I think in world cricket after Sachin Tendulkar, it’s his turn now,”

This South Africa tour is India’s one of the most challenging series in the recent years and it began on a high note, Team Indian lost the test series against the Proteas but eventually they bounce back in the third test, and so far in the ODI matches they have won all against the Proteas,  not many occasion South Africans has suffered this type of terrific fate on their home soil.

Akram said it is very exciting to see how team Indian is playing right now against them in the ODI matches, after losing the test series. Also, he added: “Especially after the way, they lost the first two Test matches and then the way they won the third Test match on a shifty, dodgy kind of pitch and then winning the (first three) ODIs so convincingly. It’s really heartening to see the way they are performing,”

“It depends on a leader, he is leading from the front, he is a supreme athlete, he is getting runs every game. First innings, second innings, Test match, ODIs, T20Is…I think Kohli is not only a role model for India, he is a role model all over the world,” 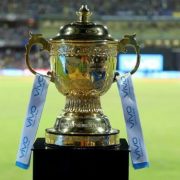 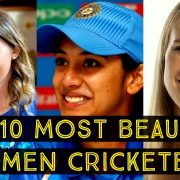 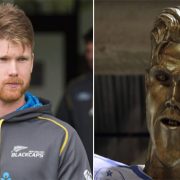