Virat Kohli is enjoying a purple patch of other-worldly levels. There’s seemingly nothing which can stop him in this form. While Michael Hussey doesn’t dispute Kohli’s phenomenal run

“I think Starc is a brilliant bowler for the sub-continental conditions,” Hussey stated on Wednesday (February 15). “He bowls at a genuine pace, can swing the new ball and is an excellent exponent of reverse swing. I am sure he will challenge Kohli throughout the series. It will, however, take a collective effort to stop Kohli, who has been phenomenal of late.”

It’s not just about Kohli. The Indian batting order has mostly been firing on all cylinders. For any visiting team, the talk is often about how spin is critical to succeed in these conditions. But apart from the spin combo of Graeme Swann and Monty Panesar, no one else, in recent memory, has achieved the kind of success which could make a difference. That’s where skipper Steve Smith will be tested along with the duo of Nathan Lyon and Steve O’Keefe, feels Hussey.

“He has experience of playing in India, which is important both in Tests and at the IPL. I feel he needs to show a lot of faith and patience with his spinners and get the field right, with a nice balance of attacking and defending,”

Not only will Smith’s captaincy be put under scrutiny, but he has to shoulder the majority of the batting responsibility too. He, along with David Warner, will play a critical role in leading the rest of the batting along. Many of them will be playing their first Tests in India, a challenge which is nothing quite like they’ve encountered before. It won’t be easy for Smith and Warner either. But Hussey believes that the duo have the right attitude which can go a long way.

“There is always a lot of pressure on Warner and Smith to score big runs for Australia. The good thing is that they are both very hungry for runs and love batting. India will be a huge challenge for both players but I am sure they are very determined to have an impact on the series,” Hussey said.

However, Hussey went on to remark that he would have liked to have “a few more warm-up matches.” He also offered a word of advice for Australia’s inexperienced batsmen. “Back your defence and have ways to get off strike. Be prepared to work very hard for long, long periods of time.”

The first Test of the four-match series starts from February 23 in Pune. 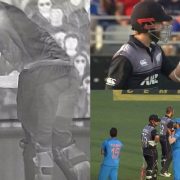