Despite being the head coach of the 2011 World Cup winning squad, Kirsten has failed to replicate his success story in IPL.

Cricket News: Not every environment is suitable, says Kirsten on his not-so-good form in IPL

The former South African opener is one of the most respected personalities because of his 2011 World Cup triumph. He took the job of the head coach of Indian cricket team after a disastrous stint under Greg Chappell.

Gary Kirsten was the best in his job as he helped the young Indian side to settle under the leadership of MS Dhoni and helped the team to achieve many successes.

He retired from the post after the 2011 World Cup and former Zimbabwean cricketer Duncan Fletcher took over the job. Kirsten has always complimented Fletcher and Dhoni for smoothening the transition process after his retirement.

Fletcher should get credit for Indian cricket’s smooth transition: @Gary_Kirsten

“I think Duncan Fletcher and MS Dhoni played a huge role in creating an environment for young players to thrive. This has really helped younger players to deal with the trials and tribulations of international competition,” Kirsten said on TOI.

Kirsten was also previously appointed the head coach of Delhi Daredevils. In 11th edition of Indian Premier League in 2018, Kirsten is working with Royal Challengers Bangalore as the batting consultant.

But he did not prove successful in the IPL. He said that coaching is measured by statistical data nowadays and everyone cannot adapt to a particular coaching style.

“Not every environment is suited to one’s coaching style and philosophy. Although coaches are measured by the results of a team, the bigger picture often reflects what kind of an impact a coach had on a player. We as coaches often take more pleasure out of watching individuals thrive under one’s leadership,” said Kirsten. 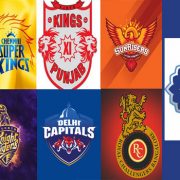